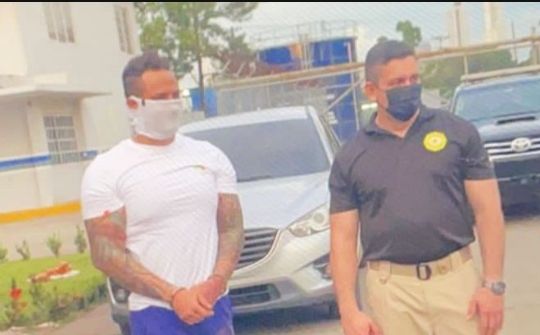 The playing of 99 audios of  telephone interceptions in El Gallero” drug smuggling and money laundering  case will be behind closed doors,

The ruling came on Friday,  May 31 after, requests t made by the defense of Manuel Antonio Domínguez Walker - alleged head of the criminal group - and the former mayor of La Villa de Los Santos Eudocio Pani Pérez.

The prosecutor  Markel Mora, opposed the request, as the processes that are under the norms of the accusatory criminal system can be publicized.

The  public, including journalists, was evicted from the trial room.

The reproduction of the audios is d so that the analyst of the Judicial Investigation Directorate Tomás Serrano Castillo can respond to the interrogation of the prosecutor's office and cross-examination of the lawyers of the 15 people prosecuted, all suspected of integrating a drug trafficking network and laundering money that operated in Azuero - dismantled in the so-called El Gallero operation.

Friday was the second day that Serrano participated as a prosecution witness  On his first day, the DIJ  agent revealed that the audios are related to coordination calls and executions for drug trafficking. Also, about the movement of money and the criminal structure of network operations.