Panama’s response to the invasion of Ucraine 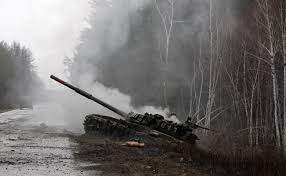 Panamanians know firsthand the pain and terrible scars of foreign invasions. Despite the enormous sympathy that has been generated in world public opinion, the heroic resistance of the people and government of Ukraine to the brutal Russian aggression, our country has some constitutional and institutional limitations that should frame the Panamanian response to the situation writes Rodrigo Noriega in La Prensa.

First of all, there is the neutrality of the Panama Canal, to whose regime the Russian Federation adhered. This means that Russian-flagged ships can cross the Panama Canal without any restrictions unless they represent a threat to Panamanian navigation or security.

With respect to the other possible jurisdictional spaces in which Panama could act against Russia, these actions would be limited to what is established by international norms and Latin American diplomatic practice.

That means that a decision is needed from some multilateral organization to which Panama belongs, for example, if there were a decision from the United Nations Security Council, that would be binding for Panama, as well as similar decisions from the Organization of American States and others.

The restriction that the authorities of different countries have imposed on Russian banks and financial institutions to exclude themselves from the SWIFT system, would be fulfilled in Panama not by instructions from the Panamanian banking authorities, but by referral from the banking correspondents that exist in our country.

No Panamanian national authority can by itself freeze or confiscate Russian property or assets in our country. If a country, or an international organization requests it, the decision would need to be based on the applicable international agreements and not simply on an international diplomatic request.

Fighting organized crime money laundering is not the same as freezing the funds of Russian natural or legal persons who could perfectly well be innocent of their government's responsibility.

If at some later date the international community qualifies the acts committed in Ukraine as war crimes or crimes against humanity, Panama would have the responsibility to cooperate in the investigation, prosecution, and punishment of those responsible for such conduct.

What can be done
The country can participate in numerous diplomatic initiatives to promote the withdrawal of Russian troops and an internationally supervised truce.

Panama cannot send agents of the Public Force because it does not have armed forces by constitutional prohibition. On the other hand, it can send police, the National Civil Protection System, firefighters or medical personnel as auxiliaries for the rescue and reconstruction tasks in Ukraine, once there is an international framework that serves as an umbrella for such a situation.

In turn, Panama must avoid any shipment of weapons, explosives, ammunition, or equipment of any nature intended for military operations in Ukraine, since this would directly involve us in the conflict.

The most important thing we can do at this moment is to express our repudiation of the violence and express our solidarity with Ukraine.

Support diplomatic efforts to achieve peace and remain vigilant that our country is not used by the parties to this conflict. If necessary, the government of Panama could accept Ukrainian refugees, which at the moment does not seem to be necessary due to the great European solidarity.