WORLDVIEW: Guatemalas bloody past off the radar 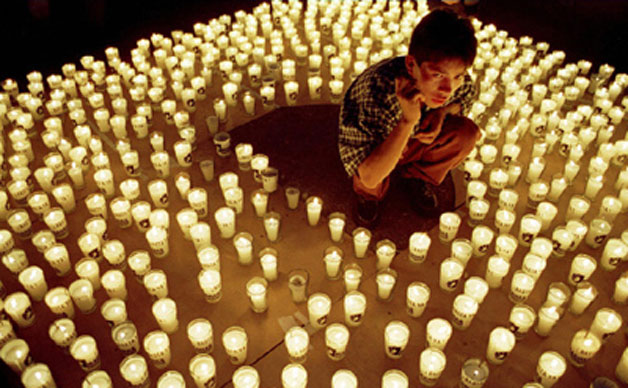 Over 200.000 died in genocidal conflictGU

In 1981 on the editorial page of the New York Times I wrote a column showing that the mass atrocities against the Indian population of Guatemala were carried out under the direct orders of the then president, Fernando Lucas Garcia.

His former vice-president, Francisco Villagran Kramer, had given me information that was incontrovertible evidence of the murders. I also showed how close was the relationship, financially and militarily, between the Guatemalan government and President Ronald Reagan’s government.

At the time Regan was considered to be the “Teflon President”. No scandal stuck to him. Certainly not the evidence of a column in the New York Times.  The reaction in Washington was zero. A brief while later Amnesty International published a long report documenting an act of genocide.

Backward progress
After a number of changes of government in Guatemala, President Efrain Rios Montt came to power. Reagan’s assistant secretary of state for human rights, Elliott Abrams, wrote that President Efrain Rios Montt’s rule had “brought considerable progress” on human rights. He also declared that the “amount of killings of innocent civilians is being reduced step by step”. In fact it was the reverse.

It was not until 1996 under President Alvaro Arzu that the death squads run by the army and the government were finally dismantled.

Nearly 40 years later, in 2013, Montt was convicted in court of “genocide” and sentenced to prison for 80 years. It was the first time that a former head of state had been found guilty of genocide by a court in his own country. Prosecutors said that he had presided over the war’s bloodiest phase.

Under Reagan, embassy officials had trekked up to the scene of massacres and reported back to Washington the army’s line that the guerrillas were doing the killing. According to de-classified diplomatic cables, over the next two years $15 million in vehicles, spare parts and arms from the US reached the Guatemalan military. There was military training too. Congress re-imposed the ban (the first was done by Jimmy Carter) in 1990 but clandestine aid continued unknown to President Carter. More military aid came from such allies as Taiwan, Israel, Argentina, and Chile. (The latter two ruled by military dictatorships that were carrying out terrible human rights abuses themselves).

Progress has been made, yet most of the time at a snail-like pace. The murder of Indians has stopped. However, other problems abound. Only last week President Jimmy Morales, who was not involved in the genocide, said that the head of a UN anti-corruption mission (partly funded by the US) would not be allowed back into Guatemala. For some time allegations of corruption have swirled around Morales’s family. As recently as this May seven human rights activist were murdered, although it is not suggested that Morales is behind them.

The first real turning point was the work of President Alvaro Arzu. The second was the appointment of Claudia Paz y Paz as Attorney-General, by President Alvaro Colom, the country’s first left-leaning president in 53 years. A former human rights lawyer, aged only 44, she was a no-nonsense woman who put a number of notorious drug dealers and human rights criminals behind bars and indicted Rios Montt. Her rigorous policies helped lower the horrendous crime rate, one of the world’s three worst.

US  apology
Forbes magazine described her as “one of the five most powerful women changing the world.” She was helped by the total turn round of Washington’s long-time policy, thanks to President Bill Clinton. In March 1999 on a visit to Guatemala Clinton made a public apology: “For the United States, it is important that I state clearly that support for military forces and intelligence units which engaged in violence and widespread repression was wrong.” It led the Washington Post to editorialize, “We Americans need our own Truth Commission”.

She was also helped by the Inter-American Court of Human Rights that had ruled in 2004 that genocide had occurred and that the Rios Montt regime was responsible for it. Also, an international arrest warrant had been issued by a Spanish judge in 2006. Both these events had helped change the political and judicial atmosphere.

Surprisingly, Rios Montt barely mentioned the United States when he put forward his arguments in his defense. But, as the New York Times reported , “Washington’s alliance with him was not forgotten in the giant vaulted room where the current American ambassador, Arnold Chacon, sat as a spectator in a show of support for the trial”. (Chacon was appointed by the Obama Administration.)

Under President Donald Trump very few appear to be concerned about Guatemala. That doesn’t mean nothing is going on between Washington and Guatemala. It just means that the press seemed to have lost interest until last week’s story. Will the Trump Administration support the cause of law and anticorruption or will it just let things be?

Judgments | Military and Paramilitary Activities in and against Nicaragua (Nicaragua v. United States of America)......A good understanding of International Case Law. The ICJ ruled in favor of Nicaragua and against the United States and awarded reparations to Nicaragua.

Lots of partial truths in the article. Not saying everything is false but during most of the 1980s there was a USA human rights ban on any military equipment and training being provided to Guatemala. Lots of communications between Guatemala and US military did go on but no legal support. Could be the CIA but they usually screw-up everything they get involved with. US Military aid to any country is overseen and approved by State Department.