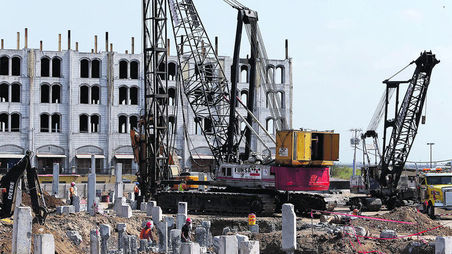 ON MONDAY, January 29, a bunch of players who strutted in or on the fringes of the Ricardo Martinelli inner circle, will return to the spotlights while their ringmaster sits in a Miami prison cell awaiting deportation to Panama.

This time, the circle members would prefer to remain in the wings as they shuffle into In the Fourteenth Criminal Circuit Court of the First Judicial Circuit of Panama for the preliminary hearing of the Caja de Ahorros (State Savings Bank) case.The investigation was opened over a loan that the bank, granted to the HPC-Contratas-P & V Consortium, for the construction of the Amador Convention Center.

The board was chaired by a business buddy of the then president, who reportedly told the other members that the loan had a presidential blessing, and reminded them that the convention center was a Martinelli flagship project. With that sort of introduction who was going to say no to the loan of a few million dollars to prop up a failing project?

Sixteen former staunch high rolling citizens will be facing trial over the connection that arose from the transfers of funds to  one of the consortium, the  Summer Venture partnership’

The consortium received a line of credit of $30 million dollars at the end of 2012, to finance the project.the transfer was in favor of the Promotora y Desarrollo Los Andes, where Riccardo Francolini, then president of the  CajaBoard of Directors, was the secretary, according to the Public Ministry.

Francolini and general manager Jayson Pastor will head the list of defendants.They will be joined by West Valdés the founder of the Financial Pacific brokerage.

The Prosecutor's Office also investigated others, some of whose whose names will be familiar to followers of the slimy corruption trail left by the previous administration including  three linked to the consortium, Felipe Virzi, Manuel Morales and Ricardo Calvo; Financial Pacific partner Iván Clare; Rodrigo ArosemenaPine, ex -sub-manager of the Savings Bank and the rest of the board members. In February 2016, the construction of the convention center was resumed by another company, which is near to finishing the project

An alternate date of for the hearing was scheduled for  March 5 to 9. With the track record of court stalling practices of some of the key performers, it could be that the hearing could get another suspension.