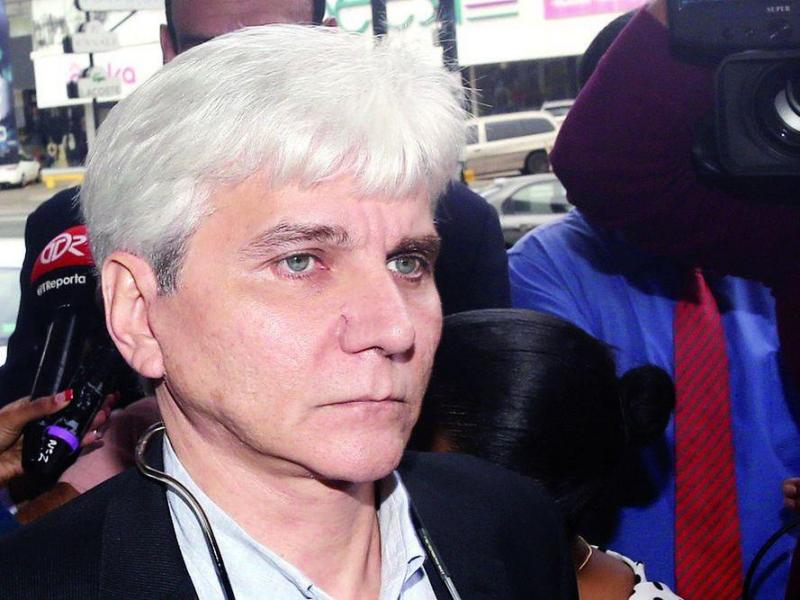 As reports of Panama  Interim Supreme Court president being compromised by a recording continue to roil civil society and the legal community, reports have resurfaced of alleged threats by ex-president Ricardo Martinelli, accompanied by his former dirty tricks operator, the former Tourism director, Salomon Shamah.

La Prensa reports that on December 18, 2014., Giacomo Tamburrelli, one of the ex-directors of the now defunct

National Aid Program (PAN) in the Martinelli government, made a public report: that he had been taped and was threatened with the recordings.

After a visit by Martinelli to Tamburelli ’s wife in one of his restaurants, Tamburrelli revealed that he was told to keep quiet, since he was cooperating fully with the Public Prosecutor's Office in investigations of the National Aid Program, in which,  Martinelli’s name frequently appeared.

Tamburelli  aired the statements in an interview with then TVN news anchor  Edwin Cabrera,  "I'm not afraid," he said in the interview and

gave details of what happened in December 2014, when Martinelli and Shamah, visited the Il Nono, restaurant where they were served by his wife.

"Martinelli came, with Salo Shamah to my wife, to intimidate her, with a series of recordings of mine. I know the system well … you record part of me, you cut it,  edit it and when you run it, it seems like a soap opera ". he said The incident was never investigated.

Tamburrelli warned that he was concerned about the safety of his wife and sons. "Mr. Ricardo Martinelli,  you have full security … and one of the first things that you wanted was to intimidate me, you wanted to buy  my silence and I'm not going to accept, "he said

The event - which took place shortly before Martinelli left the country in January 2015 - becomes relevant today, after Attorney General, Kenia Porcell, revealed that the interim president of the Supreme Court Hernán De León, confessed to her that he was  the object of blackmail - fact that the official denies - because of illegal recordings that are being used against him, in order to knock down the  wiretapping case faced by  Martinelli in  the Supreme Court of Justice.

In both 2014 and 2018, Martinelli  denied threats against the complainants.