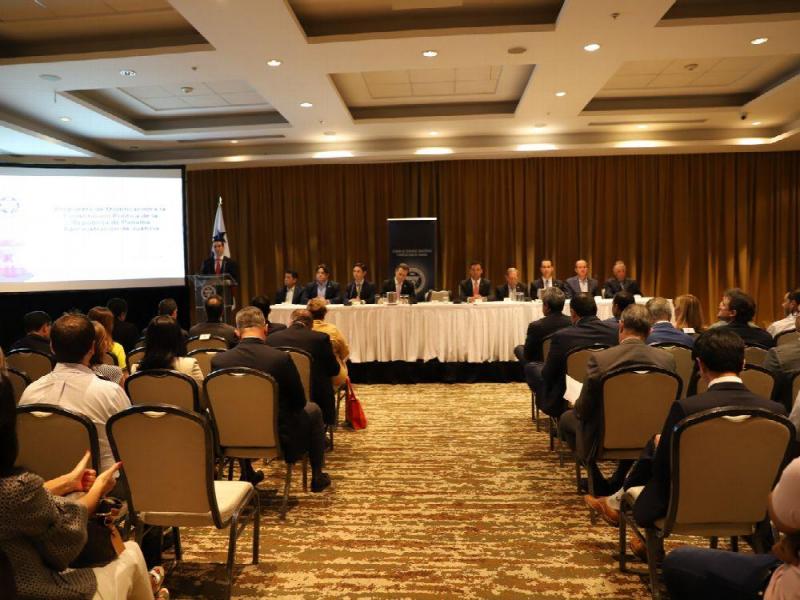 The proposal, presented by the Chamber’s president Gabriel Barletta, would extend the time in office of the magistrates of the Supreme Court (CSJ) from 10 to 20 years.

In addition, it proposes modifying the requirements to be a magistrate be modified, increasing the minimum age from 35 to 45 years, and requiring  10 to 15 years of experience in the exercise of law.

The initiative retains the power of the Cabinet Council to appoint magistrates, but the designation would be made from a list provided by a  nine-member commission of Evaluation and Nomination, representing Associations and Guilds from the private sector, academic, and civic, NGOs, bar associations, workers and the Executive.

The ratification of the judges would require the approval of two-thirds of the National Assembly instead of the absolute majority currently required.

If the qualified majority in the Legislature is not achieved, the plenary session of the CSJ could appoint the new magistrate to a temporary position as well as the substitute judge.

The Executive should send a new candidate for ratification within 60 days. This candidate would come from the list provided by the Evaluation Commission.

Regarding the judicial function of the Legislative, it is proposed that the Assembly would hear complaints

against the president and the magistrates of the CSJ, and judge them. But the investigation would be carried out by the Public Ministry (MP).

The CSJ, it would hear complaints against the deputies and judge them, but the investigation would be done by the CSJ.

The attorneys of the Nation and the Administration would continue to serve for 10 years, but those appointed by the Executive would be from the list of the Evaluation Commission.

The proposal says that the Judicial Branch would elaborate its own budget and this could not be modified by the Executive.

Barletta said that the proposal is the product of work developed by constitutionalists that met for more than a year and concluded that the "center of democracy is justice."

Juan Planells Fernández,  rector of the Santa María la Antigua University and member of the Observatory of the Judicial System, said that the proposed changes are necessary and trusts that the deputies will put their pettiness aside and approve the reforms.

The objective of the Cciap is that the reforms are approved, in three debates by this Assembly and are ratified by the deputies elected in 2019.

also have to wonder about " the Judicial Branch would elaborate its own budget and this could not be modified by the Executive". sounds like the judges would get get to make their own budget and nobody else would have any power in determining it. that'd be a rather sweet piece of power.

How could it help to extend the term of a magistrate from 10 to 20 years? It seems the longer a person is allowed to feel secure in their position, the more freedom they have to abuse it.

This sounds encouraging. I have no idea if it's sufficient, but the current system is deeply flawed.

If something works, don't fix it! If something is functioningly broken, it needs revamping, not tweeking. Unfortunately, things that the "people" see as problematic to them (from administrative bureaucracy to justice) are often in conflict with the intentions of bureaucrats, politicos, or lawmakers because it negativity affects their corruptive benefit. How can you hide ill-gotten gains if practices are transparent or if they are not under the control of the powerful, aka "Deep State". This will make passage of any "important" changes for the benefit if the country very difficult. But fingers crossed!

A step in the right direction