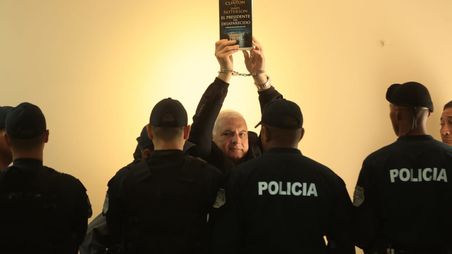 The director of Panama’s  Penitentiary System has rejected complaints that ex-president Ricardo Martinelli is being denied certain prisoner rights.

Etéreo Armando Medina, told media on Tuesday September 18, Martinelli  enjoys  the same rights as others deprived of liberty inside the El Renacer prison.

He said that the ex-ruler is allowed to attend religious  acts that he himself has requested and that also he has the right to his time of on  the patio, like other detainees.

Martinelli is being held at El Renacer Prison and is being prosecuted by the Supreme Court of Justice (CSJ), for the case of illegal wiretapping during its administration between 2009 and 2014.

All politicians are actors, but ex-president of Panamá Martinelli gets the Oscar for Best Performance.