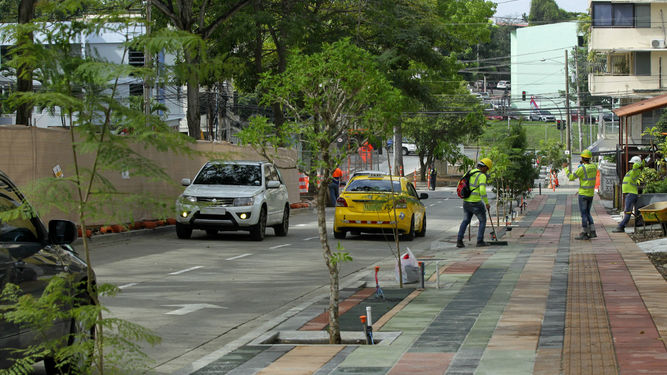 The renewal of Via Argentina is 55% advanced and could be completed in March said the  Panama Mayor's Office at a Friday, September  21 press conference.

It will be too late for some businesses that have already closed their doors, while others have seen a major turndown in customer activity.

The once popular boulevard crammed with restaurants has been labeled Via  Venecia  (Venice)on social media following regular flooding during rainfall.

The current  mayor Raisa Banfield standing in for Jose Isobel Blandon, who has stepped aside  as he bids to be the Panamenista presidential candidate, explained that they are changing and separating the storm drainage  and sanitary system include changing the current diameter of the pipes and when completed the flooding problem will be solved, by which time she will be well into her campaign to be the city’s next mayor.

It's all about politics.

I´m impressed about the time they need for a street less of 1000 meters, others would be mouthwatering seeing this marvel development.