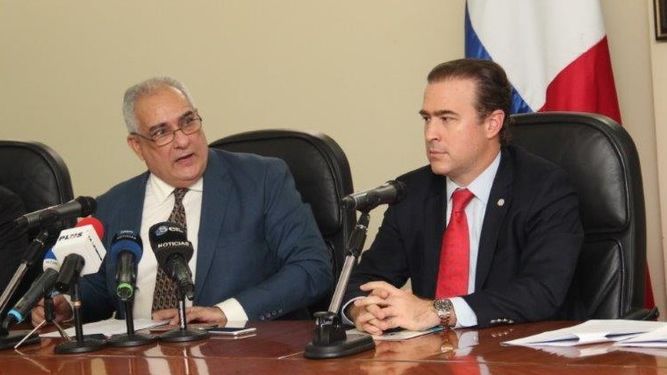 Guillermo Márquez Amado, former magistrate of the Electoral Tribunal and spokesman for the observatory; and Inocencio Galindo, president of the Chamber of Commerce

The second report on Panama's judicial system underscores widespread public concerns and  finds that investigations are at stake "Due to the current stagnation of justice,"

the Observatory of the Judicial System of Panama report was delivered on Wednesday,  April 25 by the Chamber of Commerce, Industries and Agriculture (Ciac), the Justice and Peace Commission and the Santa María University.

"This situation is unacceptable, we live in times that demand transparency, justice, and surrender of accounts, not only from the Judicial Branch but also by the other State Bodies, "said Inocencio Galindo, president of the Chamber.

According to the report, poor investigations due to lack of personnel or non-existence from the beginning of a coordinated and effective case theory is one of the causes that negatively affects the end of the prescription of crimes.

Another factor that affects the prescription of processes is the lack of an audit by the Comptroller's Office or in some cases presented long after the investigation began and precautionary measures had been applied to people.

The other factor, according to the report, is the lack of special courts that allow exhausting  the processes of the current inquisitorial system, so that more audiences can be held in less time and thus avoid prescription

Is the judicial system in Panama also on "strike"?