Panama on verge of imploding - Torrijos 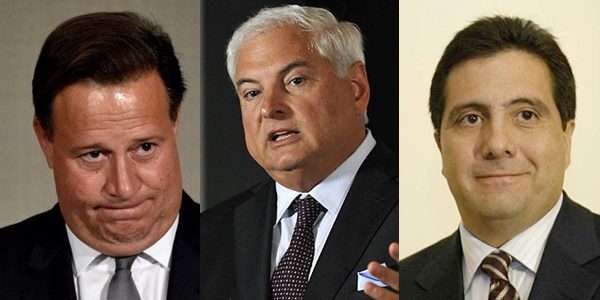 PANAMA  is on the verge of an implosion said former president Martin Torrijos on Monday, November 19 adding his voice to that of the Panama Chamber of Commerce which a day earlier had said the country was near a failed state.

Torrijos whose administration  (2004-9) preceded Ricardo Martinelli blamed the crisis on the  "Martinelli-Varela binomial", with a decade lost due to the confrontation.

"We are reaping what has been sown for ten years. It has been a decade where the constant has been confrontation, uncertainty, shocks. The country really needs us to reach a degree of agreement, and certainty and where we can have stability, "he said.

According to the Torrijos, whose reign in retrospect seems like an oasis of tranquility with the round-the-clock-construction of the original Cinta Costera,-  and the  initiating  of the canal expansion  and  decision to end the reign of the diablos rojos the  most  lasting images, tolerance has been lost, nobody knows what to expect and there is a kind of uncertainty in the absence of leadership by the current administration and the different scandals in all the organs of state.

Torrijos said that the country is "on the verge of implosion" because so many elements have come together: "the corruption scandals, questions about justice, and confrontations with the National Assembly.

He described the situation as "a model that expired " and the government has not moved to replace it.

Small country , Big corruption and a lot of political drama ...

Looks like Varela will go down as corrupt as Martinelli with the caveat that Varela did not complete any real projects. His energy is almost totally devoted to buying a stairway to heaven with the JMJ and kissing the Pope´s ring. Many of the corruption charges from the Martinelli regime have simply expired due to the same corruption that caused them. Sad, because Panamá had such a bright future.

PANAMA | LACK LUSTER OF A BUSINESS INDUSTRY... DOMINATED. Panama industry consists of canal operation, tourism (decline), sale of agriculture. besides the sales of some beer, hats and other items in the street, etc... there is not much Panama does and is not much different than Venezuela. Panama business training is at best lack luster and more on the corruption side. Panama business appears to be controlled and prohibited by an outside force. Businesses affected by high rent increases at the "free zone". Businesses affected by slow construction work deliberately hurt business. Businesses do not appear to be the main interest other than basic education. Businesses appear to unite in an effort to combat corruption is simply ignored. Businesses appear to have to bribe the elites to get anything done? Ex-president Martinelli (the boss) appeared to work a pact to get things done? Business in a sense is negligible, high cost of rent, business pacts / contracts... corrupt banks / money laundering, tax evasions / Mossack Fonseca... theft of public funds by National Assembly, corrupt justice system... Panama presidency poor leadership to recognize even the plight of Panamanians. Panama's hotel vacancies as demonstrated with an imploding failed state. Panama's social security and lack of medicines not appropriately addressed. Where is Panama heading to China? Panama now speak Chinese better than English? Panama now the new China / Panama state? Panamanians will now learn martial arts and the death touch? Businesses will need protection from a mafia? Panama new presidency recognize the Panamanian flight? Where to begin... Who controls the businesses of Panama? Who is the boss? Brazil's Odebrecht? National Assembly / re-election public funds / Odebrecht? Something controls Panama with a network operation...Pegasus? Martinelli illegal wire taps rather pay the Judges $millions demonstrated... unashamed corruption. What is the pact between Varela and Martinelli in their long political career? President Varela, what have you done for Panama?

Oh my - news room panama now deleting comments ? There were quick a few now all erased . Oh dear - panama is corrupt to the core. Itvtried firva few years tondurrive withblinited corruption and live off the canal and there you go ...down hill so now corruption will go back up but maybe too late unless another few mega projects and some more corrupt contractors come along .