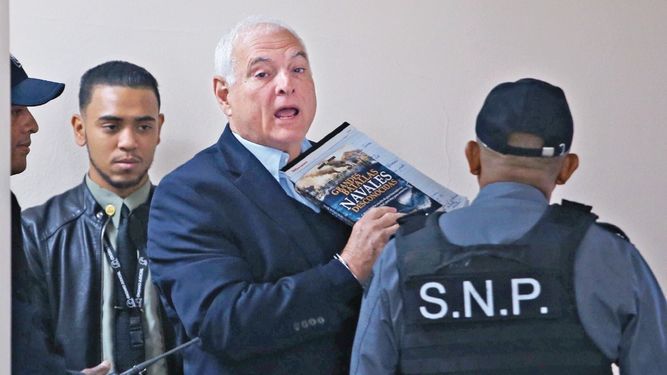 The accusation hearing against former President Ricardo Martinelli in the wiretapping case, set to resume on Thursday, August 23, has been postponed, at the request of the defense.

Martinelli is charged with alleged embezzlement and crimes against the inviolability of secrecy and the right to privacy. Prosecuting magistrate Harry Diaz is asking for a 21- year jail term.

The hearing has been in recess since August 6, when the magistrate Jerónimo Mejía, acting as judge of guarantees, authorized the defense to have access to the contents of seven

files, with intimate information on the "targets " of the Council of National security. The break coincided with Díaz's vacation.