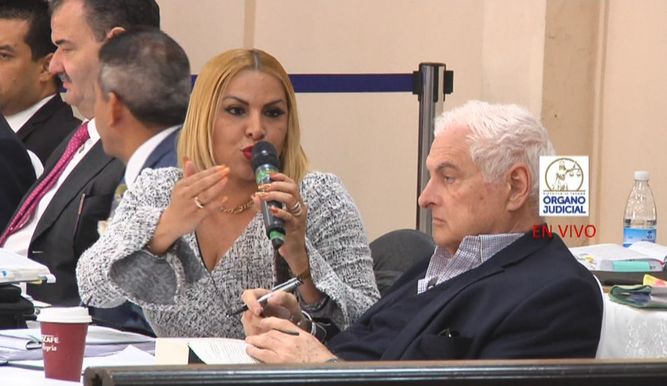 During his election campaign, ex-president Ricardo Martinelli famously referred to the  Central American Parliament (Parlacen) as a “Den of thieves” but the day after he left office jetted to Guatemala to join the august band with multiple pending corruption investigations to justify his membership.

He then took refuge in Miami where he endeavored to control his own band of marauders in Panama, substituting “political persecution” for his earlier worn out  “in the shoes of the people” slogan.

Today, as the courts and prison cells fill up with the wearers of the  magic shoes which  guided them to the nations treasure chest, the capo is padding the bank balances of  a team of lawyers using every legal strategy  they can devise to keep him from  joining his former  inner  circle members for an extended period behind bars, using the Parlacen den  of thieves as a ploy.

Carlos Carrillo, s arguing  for Martinelli that   the immunity from investigation  Martinelli enjoyed  when he was a deputy of the  (Parlacen) had been violated

He sats that Martinelli could not be investigated without requesting the removal of the immunity before the Parlacen. The appeal was assigned to Judge Angela Russo, who must prepare a draft decision for a vote, of the nine magistrates of the Court to t decide whether or not to grant the amparo.

The wiretapping criminal process is in the intermediate stage, in which the judge of guarantees Jerónimo Mejía, must decide if the case goes to the trial stage. The hearing resumes n Wednesday, September 26. Be sure the Martinelli lawyers will be working on new rearguard ploys.

You make an excellent point. There is no doubt Panama has its own "Swamp".

Is there any type of judicial system in Panama? LOL

You would think there would be a numerical limit on the number of pleas, annulments, etc. a person could spring on the court. He is making a mockery of the judicial system.