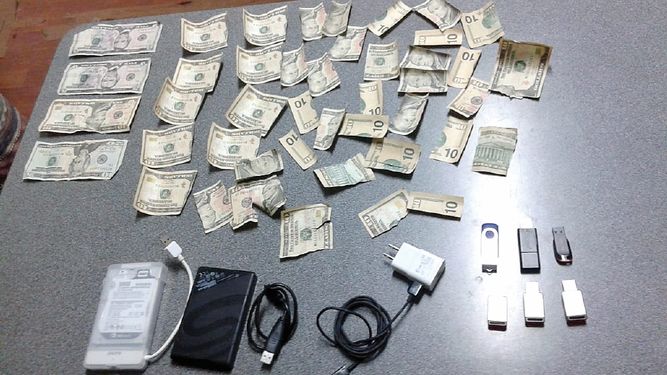 Acting more like a man still holding the reins of power than a jailed suspect awaiting trial for offenses that could earn him 21 years behind bars, Panama ’s former president Ricardo Martinelli has again run afoul of The National Penitentiary System.

According to the Penitentiary System, the ex-president also had $160 in cash, and when he was informed that he could only have $20, he took that amount and threw the remaining $140 on the ground

It is not the first time that the ex-ruler had defied the rules of the prison system At the end of September, he threatened to physically assault the guards who watched him after locking himself in with some visitors. The event led to a 30-day suspension of visitors and loss of other privileges.

Last Friday he refused to allow doctors from  Santo Tomás Hospital to perform tests that had been scheduled at the request of the defense. Martinelli arrived at the public hospital after, agents of the National Police and the Penitentiary System transferred him from the private National Hospital, amid his cries and complaints from his family and lawyers.

When appearing before a Supreme Court judge of guarantees, Martinelli frequently arrived in the courtroom yelling to supporters and media.

The Ministry of Health deputy director of Health of the prison population Felicia Tulloch, on Wednesday, notified the director of the Penitentiary System, Armando Medina, that Martinelli had scheduled appointments for special examinations, at the Santo Tomas Hospital Thursday, on December 27.

However, Martinelli announced in a handwritten letter,  that without his and his doctor’s lawyers’ tests were ordered: "probably by Juan Carlos Varela ".

During his presidential election campaign as rumors spread that Martinelli was bi-polar, his handlers adopted the "El Loco"  (crazy one) moniker. which is still used by the media he controls.

Maybe he is working on an insanity plea to be transferred to a private hospital psychiatric ward? Part of it is his insatiable need to have his name in the news. No matter how negative that news. Egomaniac?

I agree however at his age and facing 21 years at a minimum, in confinement, I hardly think he is going to live it through. He should however have privileges taken away for this nonsense.