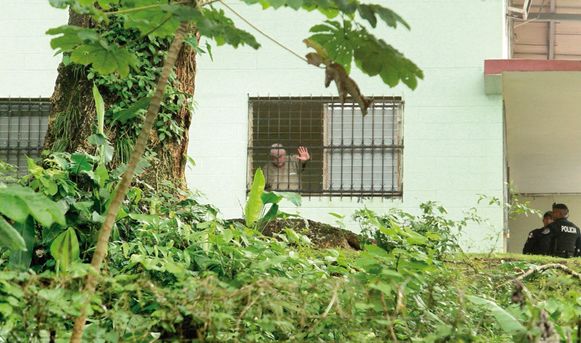 The Directorate General of the Penitentiary System  has opened an administrative investigation after a search of  ex-president Ricardo Martinelli’s cell in El Renacer  prison, uncovered  forbidden items including over $20 cash

Sources of the Penitentiary System told La Prensa that during the search when Martinelli was informed prisoners could only have $20, he took that amount and tore up and threw the remaining $140 on the floor.

The sources added that officials of the Penitentiary System will analyze the material confiscated to determine if there was the commission of an illegal act and if so, will lodge a complaint with the Public Prosecutor's Office (MP).

The sources explained that in the penitentiary centers, inmates are strictly prohibited from using cell phones, computers, and unauthorized electronic devices.

The possession of these items is qualified as a serious administrative fault for the inmates and they may be subject to sanctions. Martinelli was sanctioned in October after confrontations with prison staff and resisted transfer by prison staff and police from the National Hospital to Santo Tomas earlier this week.

The defense of the former president justified the possession of the equipment found in the cell. Alejandro Pérez said that Martinelli connected the USB to the TV to listen to music.

Martinelli has been detained in El Renacer since June 11, after being extradited from the United States to face trial for illegal monitoring of  more than 150 people, including political leaders, trade unions, workers and journalists.