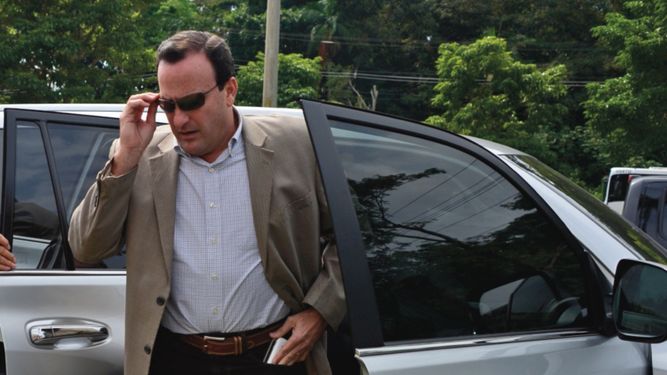 The Second Criminal Superior Court has denied an appeal requesting the annulment of a money laundering probe of   Riccardo Francolini  former chairman  of the State savings bank   who has a quiver of corruption arrows aimed at him.

The rejection  concerns an investigation of money transfers made  by the company Jal Offshore Ltd . through an investment account held in the scandal ridden  defunct brokerage  Financial Pacific (FP).

In an October 5 ruling, special alternate judges Alina Hubiedo and Zaida Cárdenas confirmed the decision of the 14th  Criminal Court, which took the  case, on July 16..

as argued by Francolini in the appeal, through his lawyer Carlos Carrillo  who is also a member of the Martinelli defense team in the wiretap trial

"In this regard, it is important to clarify that the proceedings or proceedings carried out outside the term established in Article 2033 of the Judicial Code are not sanctioned with nullity ...", saids the ruling.

Goldline Overseas Business, SA - of which he is the final beneficiary - $250,000 was transferred in favor of the Jal Offshore investment account in Financial Pacific.

The prosecution suspects possible of money laundering in the transactions received by the Jal Offshore Ltd. account, because they came from persons and companies that were not linked to the account.

On May 21st, the Anti-Corruption Prosecutor ordered the detention of Francolini, but

Seventeen  17 other people, are linked  to the  investigation  including  six ex-directors of Financial

Pacific, the former vice president Felipe Pipo Virzi  facing numerous probes, and Cristóbal Salerno who has already been convicted in a multi-million dollar corruption case. All have close ties to Martinelli.