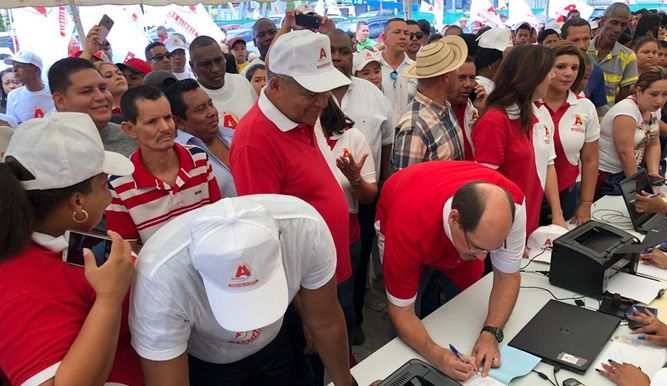 Domingo "Mimito" Arias, who registered on  Saturday, March 7, at the Alliance Party, thus ceasing to be a member of the CD Party, founded, funded and led until recently by ex-president  Ricardo Martinelli. After “Mimito” was defeated by Juan Carlos Varela he was castigated as a poor candidate, by Martinelli, who is currently in detention in the US awaiting extradition to Panama to face  wiretapping and corruption charges

Arias was accompanied by his wife and other prominent ex-CD figures at the time of his registration.