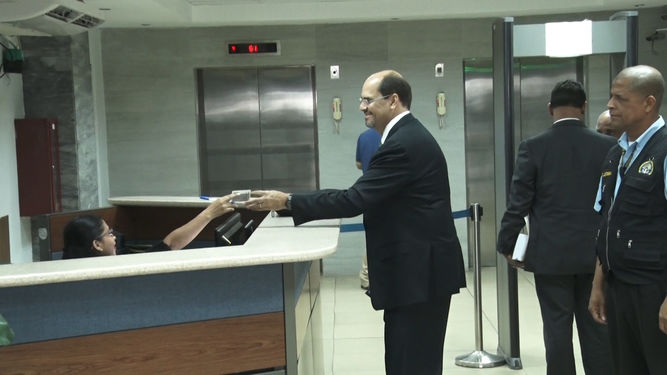 The day after his campaign treasurer José Porta Álvarez,  was placed in preventive detention, José Domingo "Mimito" Arias, the CD (CD)presidential candidate in the 2014 elections appeared at the Special Anticorruption Prosecutor's Office investigating bribes paid by Odebrecht in Panama.

"We will collaborate to clarify the case ... We will continue providing all the elements that the prosecution considers necessary to clarifying this case once and for all, "Arias told media on arrival at the office on Via Espana.

On April 25, prosecutor Zuleyka Moore announced the reactivation of investigations, paralyzed since October 25, by order of the Twelfth Criminal Court. The suspension was revoked earlier this month by the Second Superior Court of Justice, which granted the prosecutor's office one year to complete the investigations.

The prosecutor's office has tracked  Arias and Porta Álvarez, because, through companies linked to their names, and filed in different jurisdictions, Odebrecht allegedly transferred about $10 million to Mimito Arias.

Mónica Moura, wife of Joao Santana, Mimito's campaign strategist, informed Brazilian authorities that the value of that political campaign was agreed at $21 million, of which Odebrecht would pay more than 75% or the equivalent of $16 million.