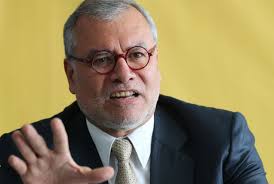 Government attempts at cleaning up Panama’s image took new blows from two experts on Sunday, March 4, with President Varela getting low grades, soon after the country moved further up the “most corrupt” ranking by Transparency International.

José Ugaz, the former Peruvian prosecutor who put Alberto Fujimori behind bars told La Prensa that Panama ranks alongside  Brazil, Peru, El Salvador and Ecuador as the most corrupt countries in Latin America and where corruption dwells, impunity grows.

Having Supreme Court alternate Judges without principles, and others remaining on the bench while the president dithers over finding replacements has serious repercussions because it fails to break the cycle of impunity, leading to the loss of confidence as the population become suspicious, which undermines institutions.

Prosecutors have a work overload, few resources and technical preparation. At times the justice system is permeated by organized crime and corruption. In Panama, some cases have been archived clearly against the law, like Finmeccanica: “A solid case, with a lot of evidence. It would be necessary to ask the judges why it was filed when an exemplary sanction came,” he said.

Solving the corruption problem with a single increase in penalties is a mistake: Corruption is not resolved only in the judicial sphere. There must be political, administrative and prevention. If these measures are not linked to an anti-corruption structure, they are doomed to failure.

Asked why in other countries resign but not in Panama Ugaz said: “ Due to impunity and social tolerance, which does not explode. In other countries,  millions of people are mobilized and the government falls.”

In the realm of impunity, it is up to civil society to mobilize and demand.

Scoundrels
On the logic of judges judging deputies and vice versa,  he said: “In democracy, there are independent powers. The issue is not the law but the scoundrels who execute  it.” 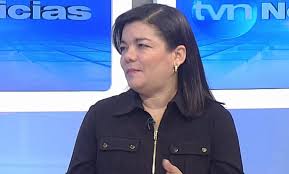 Meanwhile, Magaly Castillo who has led the Citizens Alliance for Justice for 16 years told La Estrella that she has never had so much disappointment with the judicial system as now. “It seems that it is no longer worth raising your voice in favor of a better system because nothing happens, demands are filed, nominations of candidates for magistrates do not follow the State Pact. The damage is irreversible,” she said.

“Monitoring of sensitive cases has been suspended because of citizen frustration. We all feel that nothing is happening … hearings are postponed one after the other and there is no way that in this country the Judicial Organ creates order. In principle, the idea was to avoid these dilatory practices "

The handling of high profile cases has: “Failed completely. I feel that in some cases the Public Ministry has tried to do a job, especially covering  Ricardo Martinelli's government, not those of Odebrecht or Blue Apple …  all those cases are stuck in the judicial system. That's what we saw in the follow-up of high-profile cases that we did, there was information in the file, but when they arrived at the Judiciary, it took months until hearing dates were set. Once they are given, they are postponed several times and the judges are allowing it.”

On the delay in naming new judges, Castillo said: It's as if the president does not understand the magnitude of the problem. Citizens want an independent Court, the appointment of people who have no ties to the Executive, not cousins, wives of ministers etc. Today there is more demand by citizens for independent appointments  … the president is violating the State Pact for Justice after committing himself, to consult with the population when appointing the magistrates.