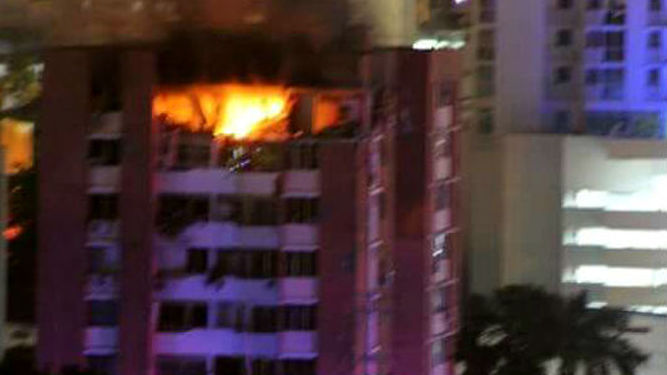 INVESTIGATIONS  are underway into an explosion and fire in a  Carrasquilla apartment building  that sent at least four people to hospital on Friday night,

Eden Plaza No. 2, is on Calle 64 Este, and firefighters from Carrasquilla and Calidonia attended the blaze.

Panama Fire Department  (CBP), Director Gabriel Isaza, did not rule out that the number of injured could be  greater as several people went with relatives to receive hospital treatment before ambulances arrived