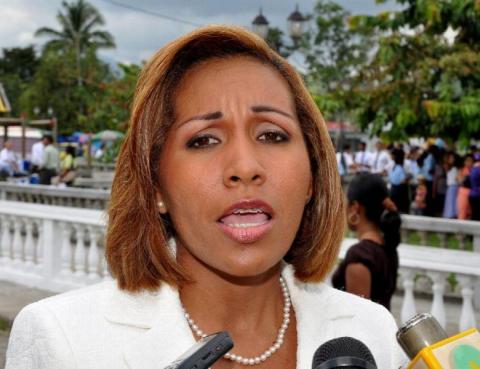 The “Clean Up Panama,”  movement organizer of the demonstration that will take place on Sunday. March 11 at the National Assembly in the premises of the Assembly, has called on the Commission of National Symbols to sanction the president of the Legislative Body,  Yanibel Ábrego.

The request was made after, the fence of the Assembly was covered with Panama flags a few days before the demonstration.

According to lawyer Giovanni Ortega, who is part of the Clean Up Panama movement, the norm that regulates the use of national symbols establishes that people and public entities are prohibited from using them as a container to cover other objects or as a support, reports La Estrella.

The protest on Sunday will demand action on the audits of  Communal Meetings that reveal irregularities in the management of funds by deputies of the past administration.

The audits revealed by the comptroller, Federico Humbert, on February 27, show multiple anomalies, such as invoices with a filing date prior to the printing of the invoice recorded in the same document.

Humbert reported that all the deputies of the past administration received money and many of thee funds were handled without control.

The Finance Ministry identified each deputy with a secret alpha-numeric code, which they were able to decipher. Of the funds allocated, the municipal boards or municipalities charged approximately 10% of the amount handled and the rest, approximately 90%, was used according to the deputy's instructions.