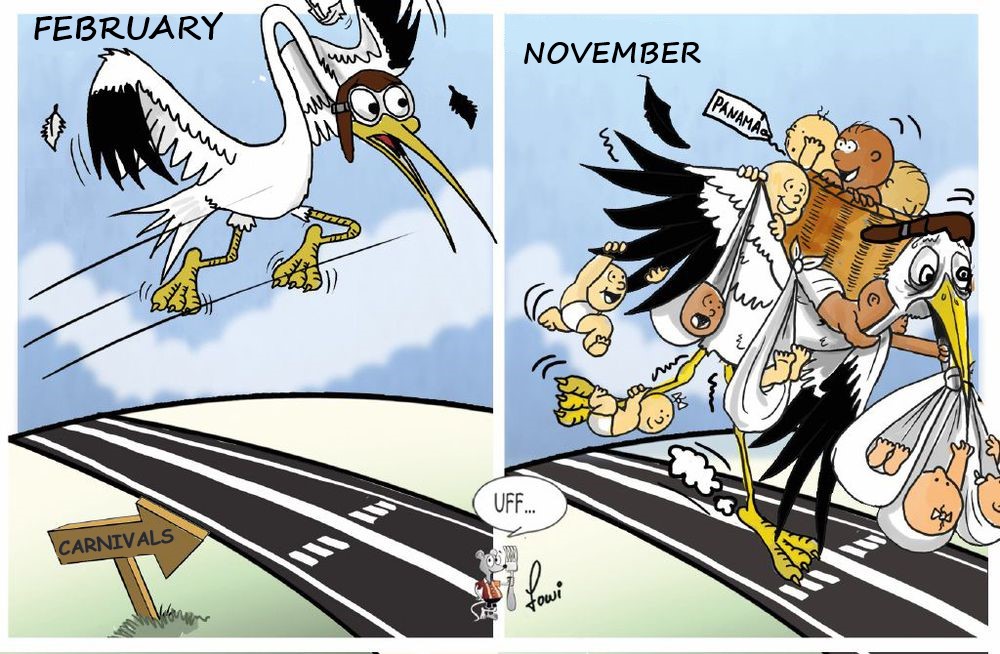 With at least 85,000 vehicles heading to different parts of the interior on Saturday, February 22 to celebrate  Carnival the Emergency Operations Center has been on round the clock watch and compiling reports of incidents.

By Saturday  evening the entity listed  at least 3 371 traffic violations with 1.056  due to speeding, 216 for inadequate lights, 47 due to drunkenness, 46 for talking on cell phones and 126 vehicles were towed

Traffic death
One person died and 11 were injured in an accident in Tolé, San Felix, Chiriquí

The Ministry of Health, this first day of Carnival reported 1,681 and the Social Security Fund has attended a total of 1,417 cases nationwide in 33 facilities. Of the cases attended, a total of 203 were reported for trauma, 19 are due to collisions.

one major statistic will not be revealed until later in the year [see La Prensa cartoon].