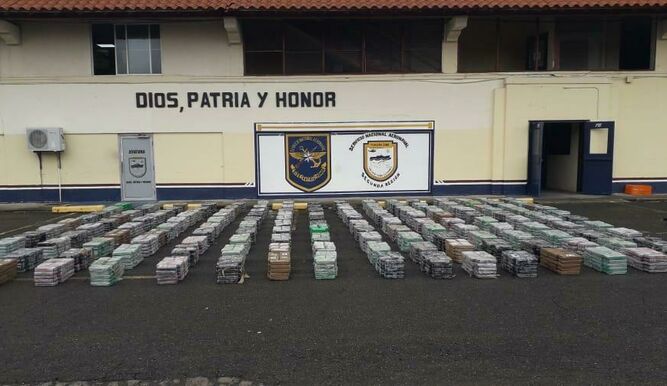 Panama authorities  capped a week of major drug   hauls  with the seizure of over 4.5 tons of cocaine  in the Caribbean on Saturday, August 3 by  border protection  personnel (Senafront)

A statement said that the drug was transported in vessel manned by five Colombians. citizens. The Colombian navy authorities alerted Senafront , that the launch was moving towards Central America at high speed. According to the report when the crew noticed the presence of a Seafront unit they threw more than 90 packages of drugs into the sea but  they were intercepted and arrested..