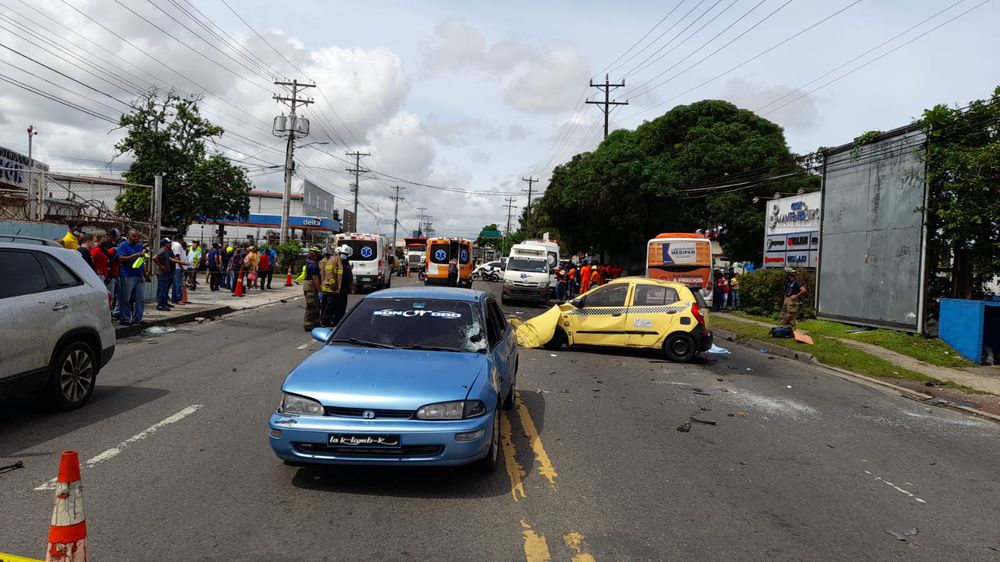 An accident with a fatal victim and more than 20 injured, was recorded on Thursday in Juan Díaz, near the El Chimborazo restaurant when  a taxi collided head-on with a Metrobus. The driver of the taxi was killed.

According to Major Ángel Delgado, from the Panama Fire Department, 25 people were injured, 24 of

with minor injuries. The bus driver was seriously injured.

Witnesses to the event, the drivers of the taxi and another  sedan had been arguing about the

road, and there was a collision between their vehicles, and  the taxi collided with the Metrobus

Ambulances from various entities cared for the injured, including several students.