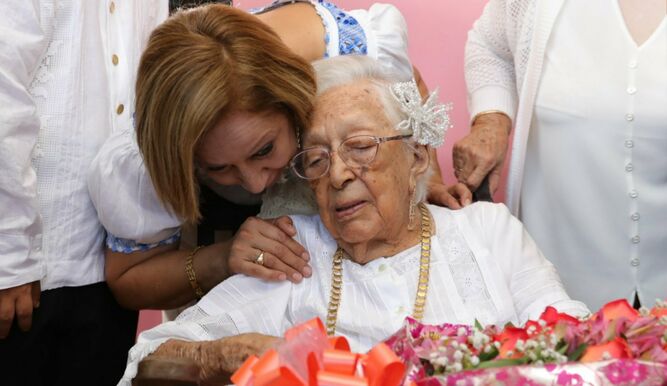 On September 10 The Electoral Court presented  Aunt Clarita, as she was known with a plaque of recognition as an exemplary older citizen for her voting record.

A  requiem mass was celebrated at the San Juan Bautista cathedral in Chitre on Sunday.

I admired this woman a lot. And her family that took such great care of her. She will be missed.

Maybe my former neighbor, Ida Chadwick is the oldest living Panamanian. From Ida´s bio on Facebook she was born on December 31, 1905. Ida is originally from Ancón Panama. I knew Ida as a neighbor while living in Las Cumbres. Ida currently lives in Columbia, South Carolina with (I believe) a son.