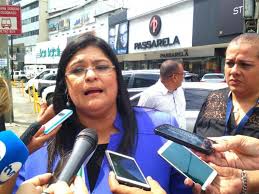 The anti-corruption prosecutor  Tania Sterling confirmed  on Friday, August 9 that the Public Ministry  now  have in their hands the ruling of the Second Superior Court of Justice that denied extending the deadline to continue investigating the payment of bribes paid by Odebrecht to 82 high profile people in Panama

She said they will now look for "the legal formula" to continue "to the last consequences" with the case.

She said it was "an unfortunate decision, taking into account that it is an investigation that still had  much to develop ... and I say give because we do not give up on the issue of exhausting all recursive instances to which we can turn after a thorough analysis “

According to what anti-corruption prosecutors have disclosed, Odebrecht distributed more than $ 100 million in bribes in the country. Between 2010 and 2014, when Ricardo Martinelli was president of the Republic, they would have paid $ 96.7 million in exchange for public works contracts. While between 2006 and 2008, with Martín Torrijos as ruler, according to prosecutors, they would have delivered bribes for about $ 10 million.

They reported that five projects awarded under the presidency of Juan Carlos Varela (2009-2014) were investigated. The Panamenista n Party, of  Varela would have received $10 million from the construction company through former South Korean ambassador Jaime Lasso, via the V-tech and Poseidon societies.

Between 2006-2008, during the management of Torrijos, Odebrecht was awarded three works: the Remigio Rojas system, Cinta Costera  1 and the Madden-Colón highway.