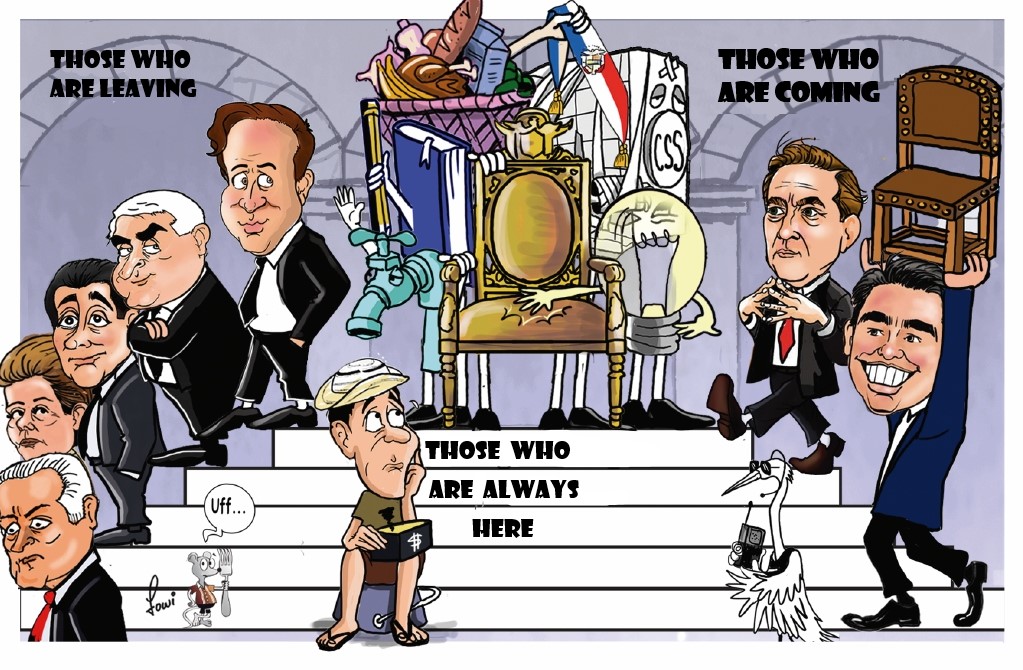 Out with the old, in with the new as seen by La Prensa poliitical cartoonist Low.

Laurentino Nito Cortizo Cohen, a 66-year-old business administrator and member of the Democratic Revolutionary Party (PRD), is the seventh president of Panama in the democratic era.

He succeeds  Juan Carlos Varela, a 55-year-old engineer, of the Panameñista Party.

He  will have a National Assembly with 40 of the 71 deputies in his favor after a fractious five years of changing alliances and party infighting.

New judges
During  his term he will have to appoint six new magistrates of the Supreme Court and five members of the board of directors of the Panama Canal Authority.  with  his Assembly majority, they are likely to get fast acceptance and open the way for a clean up of the judicial system

Marcos Castillero was selected on Saturday, June 30  as president of the National Assembly for the period from July 2019 to July. 2020

The PRD won the majority of the seats in the Legislative in the elections of May 5: 35 deputies out of 71. And with its allied party, the Molirena has  a caucus of 40. 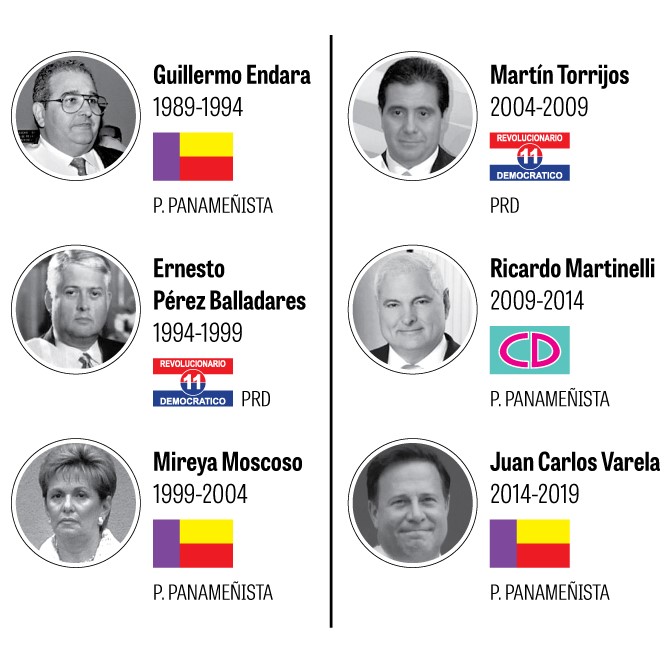