New players with a cause arrive on political stage 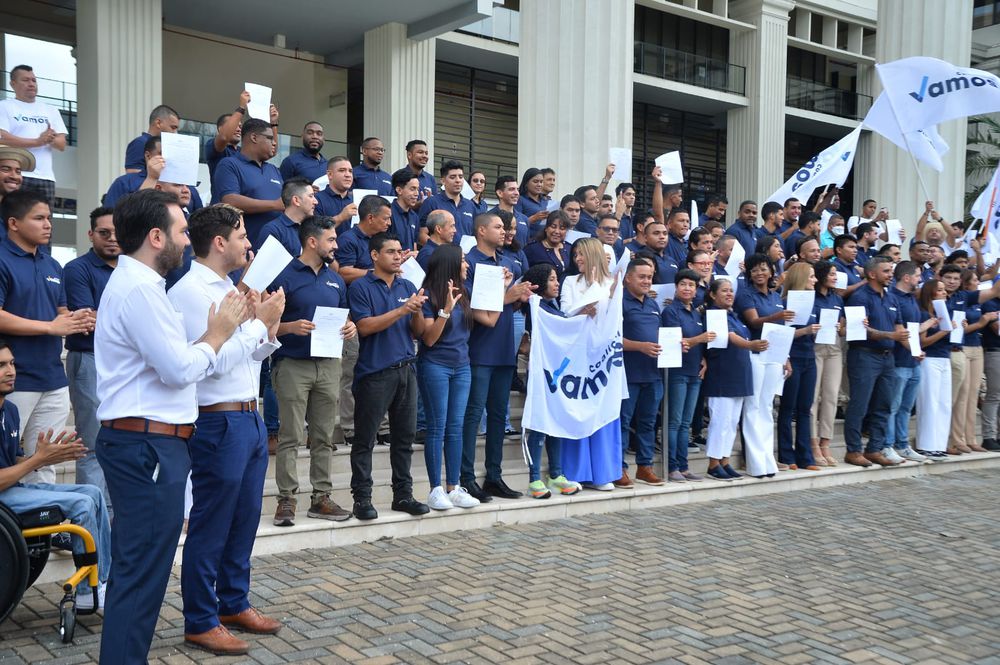 After months of interviews and planning, the Vamos coalition and its pre-candidates debuted yesterday, Monday, August 8, in front of the headquarters of the Electoral Court (TE), in Ancón, where it announced the offer it will present in the 2024 elections.

It includes a varied list that adds up to107 pre-candidates. There are lawyers, engineers, doctors, ranchers, athletes and teachers who will seek to "recover" the National Assembly and local governments.

Of that total, 46 aspire to be deputies, 14 to be mayors and 47 to be representatives of corregimientos. These citizens who, for the most part, will venture into politics for the first time, committed themselves, among other things, to “transparency”.

Vamos was created in April by independent deputies Juan Diego Vásquez, Gabriel Silva, and alternate deputy Walkiria Chandler, who dedicated themselves, along with volunteers, to training Panamanian leaders in their communities who were willing to hold elected positions.

“We bring 107 truly independent candidates, who come to do good politics, to change the way of seeing things, to put the interests of the country above their personal interests. They come as a team to renounce the criminal electoral jurisdiction, and that from the spaces in the Assembly, mayors' offices and community boards, they are going to give this country the governors and political leaders they deserve, "said Deputy Vásquez.

The promoters of this movement have said that all their pre-candidates signed "non-negotiable" commitments. Yesterday, Monday, August 8, the pre-candidates, according to Vásquez, promised to publish a declaration of conflict of interest and not to use unnecessary privileges of the position. Like, for example, for a deputy: vehicle exemption, cell phone paid by the Assembly and escort lights. Publish a management report every six months

In addition, the criminal electoral jurisdiction will be removed once they achieve the candidacy. The Electoral Code states in its article 306, that the candidates by free application will have this prerogative “ from the moment they are recognized as candidates and until the day after the execution of the proclamation in the election in which they participate ”.