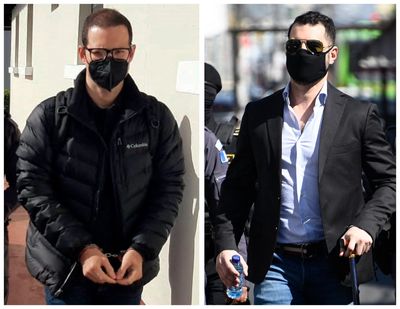 The process of confiscating money from the accounts belonging to Ricardo Alberto and Luis Enrique Martinelli Linares who pleaded guilty to using the US financial system to launder bribes paid by Odebrecht to benefit "a high-ranking Panamanian government official" between 2009 and 2014 has been completed but there is more to come.

On February 2, 2022, the United States Department of Justice submitted to the Eastern District Court of New York a detailed statement, which includes the prosecution's claims to the defendants for an amount of $697,458.75, corresponding to the funds deposited. in accounts belonging to the two sons of former president Ricardo Martinelli.

The receipt from the United States Marshals Service informs that the deposit of a check from International Finance Bank was made in the Seized Property Deposit Fund (SADF).

The authorities have also ordered the confiscation of a million dollars that were traced by the US government. This money has not yet been recovered.

Last December, in separate hearings, Ricardo Alberto and Luis Enrique admitted to District Judge Raymond J. Dearie that they had established secret bank accounts in the name of shell companies in foreign countries and in the United States to launder nearly $28 million in bribes. they received from Odebrecht, during the government of their father

According to court documents, the New York Eastern District Attorney's Office maintains that "Ricardo and Luis Martinelli Linares played integral roles in the corrupt scheme to funnel bribes from Odebrecht to a high-ranking Panamanian government official."

Shell companies
It is argued that the Martinelli brothers used the US financial system to further their corruption scheme, creating shell company accounts in banks in offshore jurisdictions to try to evade liability.

They also used part of the bribe proceeds for their personal benefit.

The brothers remain confined,  in the Brooklyn federal detention center.

They will know their sentence in May. They face a maximum sentence of 20 years in prison.

In Panama, the Special Anti-Corruption Prosecutor's Office asks to prosecute Martinelli and his sons for Odebrecht bribes. The preliminary hearing is set for July 18.