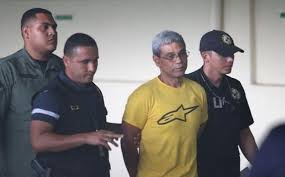 The 60 months were approved through an effective penalty and collaboration agreement on December 13, 2017 before the Fifteenth Criminal Court.

The defense of Guardia Jaén sought recognition of the days it was with the notification and impediment of leaving the country after the agreement was approved. But the judge said that when the penalty agreement was concluded, the former PAN chief had to go pay his sentence. Therefore she if there were other penalty agreements.

he Anticorruption prosecutor, Zuleyka Moore, cited a macro agreement of 15 cases due to irregularities in the PAN linked to Guardia  Jaén. These include the floor and ceiling program, helicopter rentals,, Christmas bags, purchase of tires, grain bags, purchase of garbage tanks, musical instruments, school bags, and money laundering.

Moore said the penalty agreement is for a single case (money laundering and crimes against public administration). Moore explained, this agreement affects the rest of the processes, because the parties agreed to file what concerns Guardia Jaén on the condition that he serve as a witness for the Public Ministry for the other cases.

In fact, she said that in other courts the practice has been that the judge is informed and he complies with the agreement..

Judge Berroa said  that when the main agreement of 60 months in prison was approved, the sentence had to be executed.

Regarding the request for recognition of  239 days of work in green areas, prosecutor Moore objected alleging that Guardia Jaén had  often  reported sick and on many occasions had to attend judicial proceedings, so there was no record of his work. The judge said that she would not decide this issue until she had a report by El Renacer about the supposed work of Guardia Jaén.