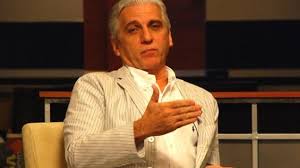 The criminal trial of  a group  of  defendants involved in an alleged multi-million dollar scam of the former National Assistance Program (PAN) during the Ricardo Martinelli administration, due to begin on Monday, October 14has been postponed at the  request of Attorney Karim Hassan on the grounds that her client had family commitments, says the Judicial Branch. said.

"In case of nonattendance of any particular attorney of the technical defense -to the hearing-, it will be assumed by public defenders already assigned by the judge of the case Leslie Alberto Loaiza," said a statement.

Loaiza called  to trial the former PAN director Giacomo Tamburelli; the merchant Rubén De Ycaza ; the former PAN official Angel Famiglietti, Martinelli's  fugitive former private secretary, Adolfo De Obarrio;  and former ministers  Federico Suárez (Public Works) and  Lucy Molinar (Education), who were part of the board of the PAN at the time the purchase of food was approved.

The criminal process is related to alleged anomalies in the purchase of dehydrated food for universal lunches of public schools nationwide, for the period from January 1, 2010, to December 31, 2011. The provider was the company Lerkshore International Limited, represented by De Ycaza.

The trial will now be held in December.