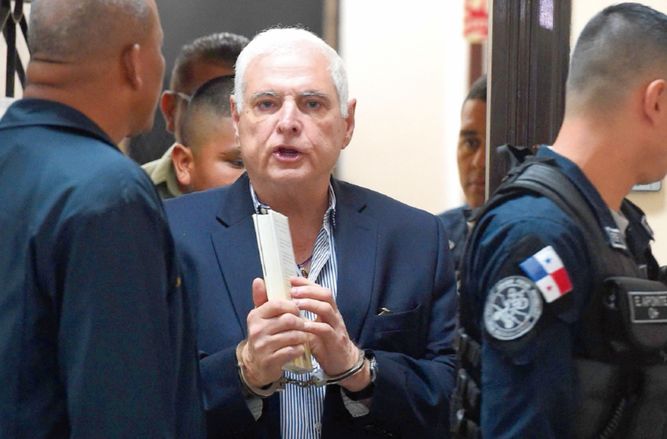 Prosecutors in the “New Business” case, involving alleged money laundering to enable the purchase of a newspaper, group have asked for a one-year extension to their investigation because several involved have mentioned the name of ex-president Ricardo Martinelli.

This was revealed on Thursday, January 31 by the First Prosecutor against Organized Crime, David Mendoza

The prosecutor pointed out that on January 29, the one-year period granted by the Judicial Branch to the prosecutor's office to follow the investigations expired, and that it has already submitted an application to the Eighteenth Criminal Court to grant it one more year of extension to continue with the investigation In view of this, he said that he is analyzing asking the Electoral Tribunal to lift the electoral court ruling  giving Martinelli temporary freedom from criminal investigation, as a candidate for mayor and deputy in the 2019 elections.

He also said that the specialty principle is being studied, which states that Martinelli can only be tried for the crime for which he was extradited from the United States on June 11 last year: inviolability of secrecy and the right to privacy (wiretapping)and against public administration (embezzlement) He has been held in El Renacer prison since  his  extradition

Assembly contract
$1 million of the contract awarded in 2010 to Grupo Corcione - - for the construction of the new building of the  National Assembly (AN)  was diverted to the company  New Business.

The contract to build the new headquarters was awarded to Constructora Corcione, in June 2010, when Panamenista the José Luis Popi Varela was president of the AN.  Originally, the contract was $19.5 million. However, during the presidency of  José Muñoz in the Legislature, the cost rose to $22.5 million.

In October 2010, Constructora Corcione requested an advance of $2 million from the AN. Then, the company asked Capital Bank to draw up a management check - of $1 million - in the name of Grupo Clio, a company linked to Nicolás and José Corcione. As a next step, the contractor transferred the money to the New Business basket company.

The prosecution filed charges against the Corcione brothers for alleged money laundering.

New Business, according to the investigations also received funds intended for the extension of the Arraiján-La Chorrera, highway awarded by the Martinelli government to Transcaribe Trading (TCT)  the David and Daniel Ochy brothers.

According to the investigations, the Ochy brothers managed to transfer at least, $3 million, to 10 companies controlled by businessmen in the country, through bank accounts that were used to acquire the shares of Epasa in 2010.