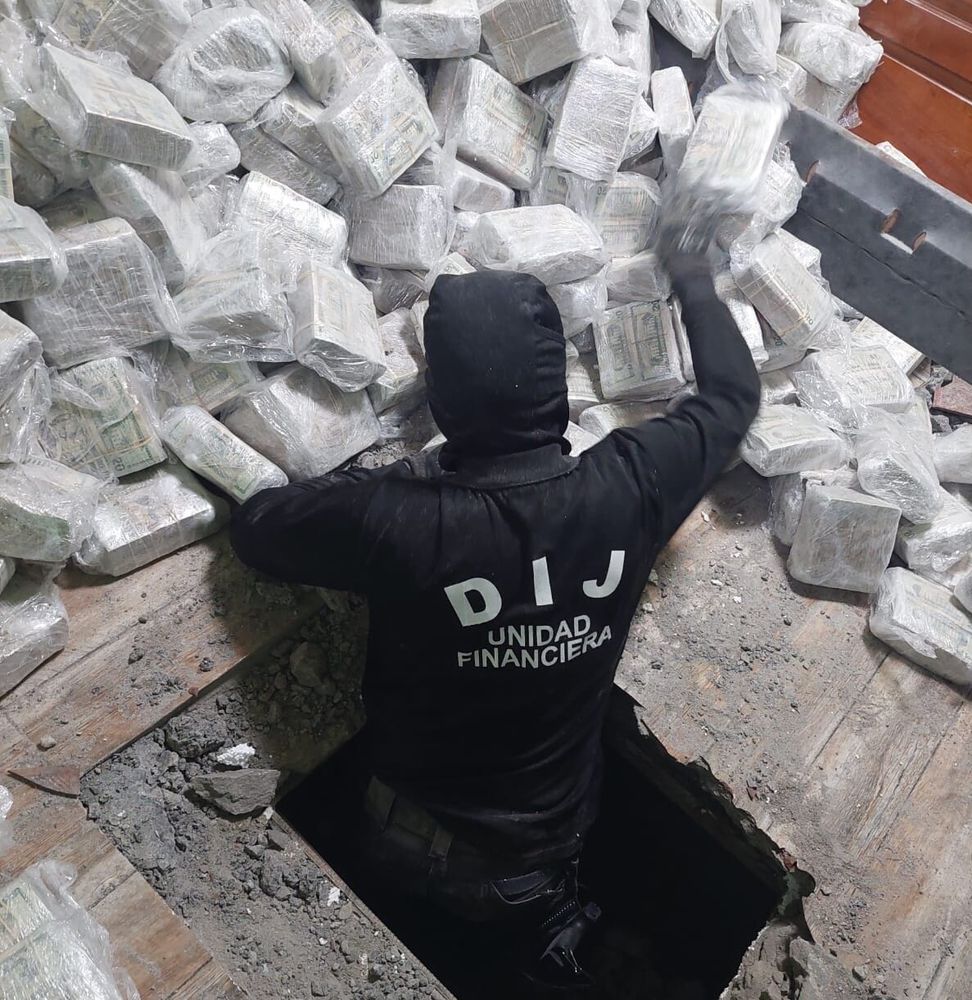 Following the arrest of 56 people including nine officials, Panamanian authorities have uncovered a large stash of money inside a cove in a house in the Limón sector, Colón province.

The “Fisher” operation,  dismantled a network dedicated to drug trafficking and money laundering was and collaborated with the Clan del Golfo, of Colombia .

The commissioner of the National Police, Julio Wong, reported that the money is still being counted, while it must be established whether the bills are real or not. However, he announced that these are "millionaire sums."

"We must wait for the official count," he emphasized.

TODAY I GOT MY DESIRED XMAS LOAN AMOUNT $520,000.00 FROM A RELIABLE AND TRUSTED LOAN COMPANY. IF YOU NEED A LOAN NOW EMAIL CONTACT drbenjaminfinance@gmail.com Hello, I'm here to testify of how i got my loan from BENJAMIN LOAN FINANCE(drbenjaminfinance@gmail.com) I don't know if you are in need of an urgent loan to pay bills, start business or build a house, they offer all kinds of loan. So feel free to contact Dr. Benjamin Owen he holds all of the information about how to obtain money quickly and painlessly without cost/stress via Email: drbenjaminfinance@gmail.com Consider all your financial problems tackled and solved ASAP. Share this to help a soul right now THANKS.