Martinelli’s offspring to debut as singers? 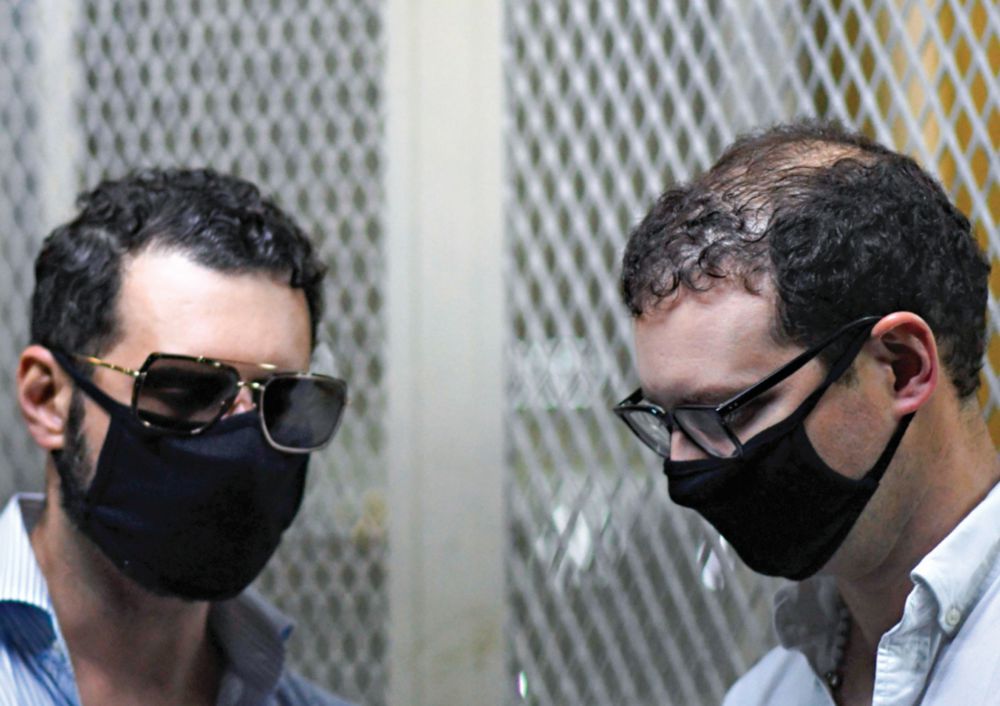 As Rubén Blade's song says, in the coming days or weeks, Ricardo Martinelli Berrocal's children –Luis Enrique and Ricardo Alberto Martinelli Linares– will have to make Decisions —and transcendental ones—, in which there are no winners and yes much to lose. Luis Enrique will be brought before federal prosecutors for the Eastern District of New York, where he and his brother are indicted for alleged conspiracy to launder money and other crimes.

Let's refresh the memory. At the end of 2016, the United States Department of Justice revealed its investigation into Odebrecht, a company that used its banking system to funnel hundreds of millions of dollars to pay bribes to hundreds of politicians across the continent.

In the case of Panama, the Department of Justice said that between 2009 and 2012, Odebrecht agreed to pay $26 million "to two close relatives of a senior Panamanian official " in relation to public infrastructure projects, on the understanding that, in exchange, the official would guarantee the contract to Odebrecht.

Investigations in the US also found that payments were made to a Panamanian official, whose name has not been released, by order of a federal judge. However, documents in the US describe him as " an official with a very high position in the government of Panama between 2009 and 2014" and a "close relative " of the two defendants (Luis Enrique and Ricardo Alberto). That period belongs to the Martinelli Berrocal administration. Obviously, 2 + 2 is not 3 nor is it 5. It is simply 4.

Let's go back to the decisions that the Martinelli brothers must make. The thing is whether or not they decide to cooperate with US federal prosecutors. If they decide not to cooperate, then there will be nothing more to discuss, but to serve their sentence in silence if they are found guilty at trial.

Their father also made a decision: “It fills me with great joy and satisfaction that this is over soon, because one has to show one's face. When you don't owe it, you don't fear it,” he said. He added that his children "are going to have to go to the US to prove [their innocence] there." In other words, let them go and show their faces. I stay ... The brave father is right: "he who does not owe it, does not fear it."

There are signs that lead us to think - but not to conclude - that they may decide to cooperate. Before leaving the United States last year, the brothers met several times with an FBI agent, according to the affidavit (affidavit) that FBI Special Agent Michael Lewandowski delivered to the Eastern District Court of New York.

But this is a new scenario. The brothers must decide whether to expose that "high position in the government of Panama between 2009 and 2014" or if they serve their sentence. Their father has bet everything on nothing on their silence. But what if they decide to debut as singers?  - Rolando Rodriguez B. La Prensa,

Associate Director and Editor of the Research Unit.

Panama: Martinelli Trained His Sons to Carry $100's Millions. Sons of Martinelli could have easily been kidnapped with this money. Banks executives and companies have looked the other way. Not one financial institution or anyone with inside information leaked the undercover operation. Ricardo Martinelli controlled all of this operation in a very short period of time. Brazil's Odebrecht would have discussed the matter thoroughly with Martinelli as a normal business. Panama's debt dramatically increases with a family run operation into the... $BILLIONS$!!! Panama National Assembly could not wait to get their itchy hands on that money for re-elections. Re-elections means life-time security in a self-enrichment... MILLIONAIRE'S CLUB. How many government officials of the Panama National Assembly knew about this? What will be their next strategy with Yanibel Abrego if Martinelli does not succeed! Panama National Assembly appear to count on this and other wealth distributing tactics. Even as far as selling the Panama president Cortizo's cow manure with the sacred Panama dirt! Even if it means the excavation is to take place behind a leader member of the... Panama National Assembly Yanibel Abrego's [Own back yard]! Ripe with fireworks, alcohol and barbeques just for the newly elected Panama president Cortizo all within Yanibel Abrego's own back yard, way to... GO ABREGO!!! Panama National Assembly still have their $100 thousand vehicles, for all 71 deputies, but... need a good trade in after all that air-conditioned, high-class engine has become outdated. How many mansions will the Panama National Assembly 71 members be able to afford? Mansions with their own money-making headquarters in the U.S.A., Florida state? Congratulations Panama president Cortizo for setting a perfect example of... 'UNITY'!!!