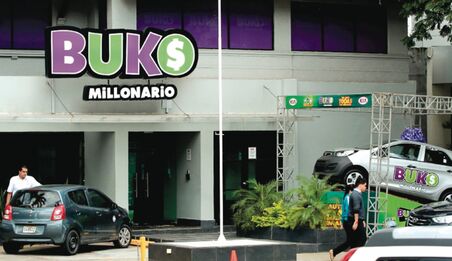 The election of Ricardo Alberto Rica Martinelli Linares - son of former President Ricardo Martinelli, to the Central American Parliament, famously described by the father as “a den of thieves”  provided a temporary escape hatch from his trial for alleged irregularities in the concession of Buko Millonario television bingo.

Now the The Second Superior Criminal Court decided to inhibit and refer to the Supreme Court of Justice the process Through a resolution dated September 25, 2019 and under the presentation of Judge Eda Cecilia Gutiérrez, an appeal filed by the lawyer Luis Eduardo Camacho González, against the decision of the Thirteenth Court Criminal to reject an appeal for annulment to close the process.

The magistrates concluded in the ruling that the d judicial process must be elevated to the plenary of the Supreme  Court since Martinelli Linares was protected by the prerogatives that protect the charges of deputies.

In July 2018, the Anti-Corruption Prosecutor's Office requested the call to trial in this case of Martinelli Linares, as well as the former director of the National Charity  Lottery Omar Chen Chan, and the president of the World Investment Group (GIM), Jackeline Chan of Watson.

According to the investigations, the last two would have partnered with Martinelli Linares so that, through his political influence, they were granted the concession of televised bingo.