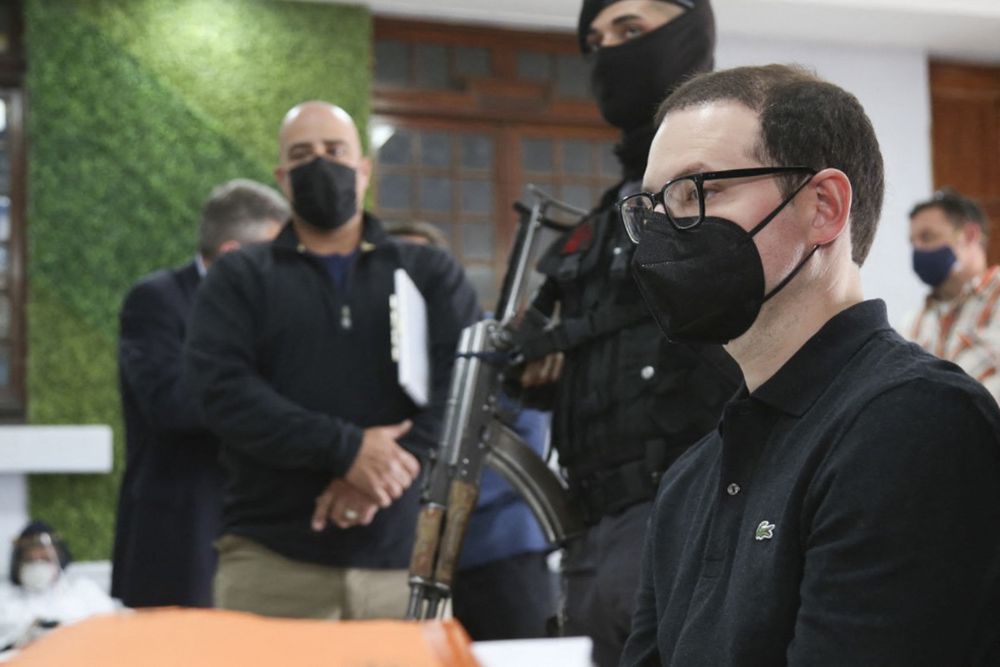 Luis Enrique Martinelli Linares,  fugitive son of former President Ricardo Martinelli  has posted  a $5 million bond not to be detained, as part of the process that following him for alleged money laundering in the Blue Apple case.

The latest bond was posted on  Monday, June 22, before the office headed by the third criminal judge of the First Judicial District, Baloisa Marquínez.

The benefit was granted to him by the Second Superior Court of Justice on May 20 .

That same day, Martinelli Linares entered another bond - of $2 million - not to be detained in the investigation for the bribes that Odebrecht paid in Panama, before the twelfth Criminal judge, Óscar Carrasquilla.

Earlier reports said that  Swiss authorities had frozen $22 million in accounts of the Martinelli sons and a luxury apartment in Madrid and a helicopter in Mexico had been seized by Panamanian authorities.

The  current whereabouts of Luis Enrique Martinelli is currently unknown, although in November 2018 he was detained with his brother, Ricardo Alberto Rica Martinelli Linares , in Miami, Florida.

The authorities then reported that they did not have a visa to stay in the United States. The Panamanian Foreign Ministry requested the extradition of both brothers to answer for the Blue Apple and Odebrecht cases.

In both processes, Rica Martinelli was also favored with bonds to avoid arrest, but these had not been recorded.

Anti-corruption prosecutor Tania Sterling , who is leading the Odebrecht case, filed an Amparo against bail, which has not yet been resolved in the Supreme Court. In the Amparo, Sterling alleged that the Second Court did not assess the inattention of both defendants to the process or the seriousness of the crime charged, their evasive conduct and their ability to destroy evidence at the time of granting them bail.

These bonds are a drop in the bucket. This is why you have to be successful in life so that if someone like Varela puts false charges on you then you can buy your way out of it. Chess at a whole other level.