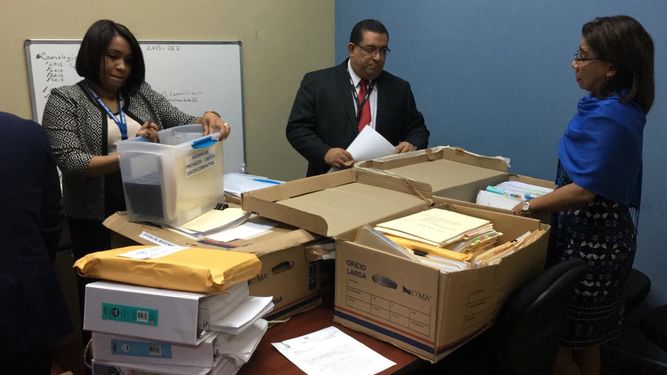 The long-awaited day of reckoning for Panama’s former president Ricardo Martinelli will begin with an oral hearing on Tuesday, March 12, at 9:00 a.m. He is accused of alleged crimes of inviolability of secrecy and right to privacy, and embezzlement of the public administration.

The  Public Ministry has assigned prosecutor  Ricaurte González, who is in charge of the Second Prosecutor's Office Against Organized Crime, to be responsible the case that involved wiretapping of over 150 political opponents, journalists, business persons, judges, and lawyers.

The announcement was made on Monday after the files of the case were received from by the office of Supreme Court Judge Harry Diaz. 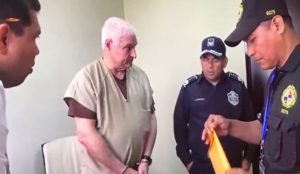 Díaz was the original prosecutor of the Martinelli case and had asked for a 21-year sentence.

The Public Ministry reported that the prosecution "has reinforced this office with specialized prosecutors in the matter to address this process in the Accusatory Criminal System.(SPA)"

"The delivery of the files was in charge of Eyvis Jaén, who acted in the intermediate phase as deputy prosecutor of the case, and on behalf of the Public Ministry, the documents were received by the undersecretary-general, David Díaz, the superior prosecutor, Ricaurte González, and the prosecutors. of Organized Crime, Rosario Ortega and Elizabeth Carrión, "said the Judicial Organ.

The Files
Among the documents that were transferred and audited by the Public Prosecutor's Office are 19 volumes of case history, the seven booklets, of transcription with an authenticated copy of the record of the Court's Opening Order, a folder with an authenticated copy of the December 7 resolution. 2018 of the plenary session of the Court, which resolves the action of Amparo of constitutional guarantees presented by Martinelli's defense, administrative documents, publications of newspapers related to the investigation, compact discs with audio and video of all the hearings, elements of proof of the defense , folders for preparation for oral trial and theoretical support, and a USB memory with digitized information, among other documentation

On December 7, the plenary of the Supreme Court of Justice declined jurisdiction of the case.

Martinelli who is still aiming to run for mayor of Panama remains in detention at El Renacer prison where he has been since his extradition from the United States on June 11, 2018. He had been in a Federal detention center for a year after being arrested in his Coral Gables, Miami mansion.

Practically all polls indicate RM will be the next Panama city Major … RUNNING FROM EL RENACER where Varela holds him incommunicado…Now Varela is considering a visit to Pres. Trump to find out how he can build a wall to isolate RM without any money from anyone. But back to you… perhaps you should pay RM a visit and apply for a job in the municipality… Assigning parking tickets perhaps? This man really works and he’s not very impressed with comments from people that just sit in their fat butts writing nonsense… So just tell him what is it that you know to do and he’ll put you to work instantly…