Martinelli in brawl with prosecution witness 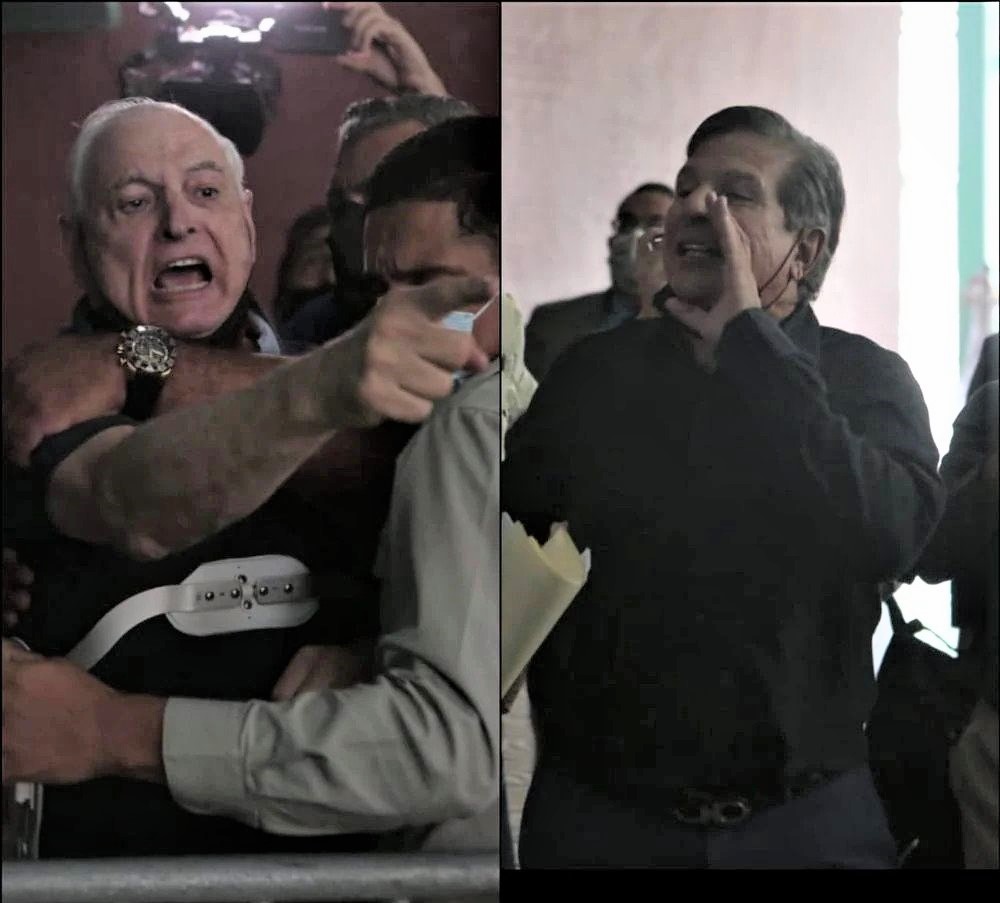 Former president Ricardo Martinelli starred in a brawl on Monday, October 11 in the corridors of the courtroom where he is on trial for the unauthorized interceptions that took place in the last two years of his mandate (2012-2014).

The altercation was with former deputy José Luis “Popi” Varela, one of the four witnesses that the Public Ministry has presented so far, in the trial of the former president

"He threw and we hit each other," Varela acknowledged to journalists.

When Martinelli saw that the witness was talking to the media, he wanted to interrupt the interview, but the security agents guarding the First Judicial District of Panama prevented him.

The events took place, when Varela concluded his testimony, after three consecutive days of sworn statement, before the three judges that make up the trial court.

The judges declared a recess shortly before noon, to dismiss the witness and retire to lunch. It was at that moment, when they left the room, that Martinelli began to shout insults and profanity at Varela, who did not remain silent and responded to the expletives.

The exchange of screams and slaps continued in the hallway and continued to the parking lots when the security agents guarding the compound intervened reports La Prensa.

Varela was alone; Martinelli was in the company of his lawyers Sidney Sittón, Carlos Carrillo, Sherly Castañadea, Alfredo Vallarino, Jessica Canto and Roniel Ortiz. Everyone watched without intervening, but Canto repeated some insults her client-directed at the witness, particularly some related to his sexuality.

According to Martinelli, in addition to the insults, he had the opportunity to hit Varela. "He earned his fist," he said while some security agents surrounded him.

When Varela told reporters "we hit each other ... He threw me and I kicked him", in the background, one of Martinelli's lawyers replied: "he hit you."

"I have pity and compassion for you," Varela snapped.

"You are a drug dealer!" exclaimed Martinelli.

According to lawyer Sittón, Popi Varela's statement was plagued by “contradictions” and the witness accepted “that he did not see any communications interception equipment, much less an order from Ricardo Martinelli to intercept any person”.

Varela replied that Sittón is lying and that the lawyer "only had to ask me if I saw Mr. Martinelli opening the box when the Israeli pricking machine arrived." He added that Sittón is convicted, of slandering and insulting him, but by another process.

The former deputy is the fourth witness called by the prosecution. Earlier, a protected witness (a former CSN agent) appeared, who requested personal protection measures, given that he fears for his safety. The judges prohibited their name, voice, face, and testimony from being reproduced. However, that has not prevented the accused and his defense from constantly referring to him, on their social networks.