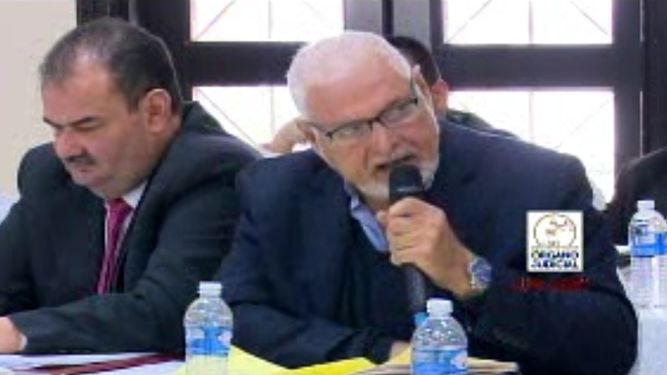 The latest attempt by ex-president Ricardo Martinelli to obtain bail was rejected by Judge of Guarantees  Justo Vargas on Monday, January 4  following an impassioned outburst by Martinelli who claimed ”they” were trying to keep him away from the political arena and repeating his political persecution mantra.

The judge said he denied bail as there was no variation in the wiretapping case against Martinelli.

Martinelli, who is being held in El Renacer prison, insisted that he has not been notified of a process that is already 18 months old.

He maintained he is a Panamanian all  of whose rights have d been violated "I need bail because it is a right that I have as a Panamanian."

Martinelli said that his case is political. "They have never given me the privilege of defending myself and have violated all my rights … the law should be the same for everyone. It seems that for Martinelli there is another law."

He said that this situation is presented in his case for different reasons, including personal or political.and during the hearing, the complainants presented many kinds of lies and expletives.

Martinelli said that before the Panamanian judicial system he is considered a subhuman because it seems that the law applies to all but him. "First of all, I proclaim my innocence and I'm going to prove it."

After Martinelli's statements the judge, decreed an open recess to deliberate on the request for bail and returned to announce a denial.

Judge Vargas clarified that this hearing has no relation to the oral trial and said the criminal legal situation has not changed to request a change of precautionary measure.

He said that the Supreme Court already pronounced itself on several arguments of the Martinelli defense.

"As judges, we must abide by the guidelines and directions of our superiors, in this case, the Court," said Vargas, who explained in detail the reasons why Martinelli is detained in the El Renacer Prison.

Vargas stressed that for the Panamanian judicial system, the date of the ex-president’s arrest was June 11 2018 and not 20 months as the defense argued.

Judge Vargas said indicated that the safety of the victims should be considered and that there are executive decrees that make it clear that it is the President of the Republic who presides over the Security Council.

He said that Martinelli did not voluntarily face the process and that there is the possibility of affecting evidence.

The defense lawyers offered a $500,00 bond,  for the billionaire while his two sons in Miami have a bail of $1 million each.

They also offered to hand in his Panamanian and diplomatic passport. There was no mention of his Italian passport which he used to enter the United States.