Martinelli apologized  to lawyer  for wiretapping 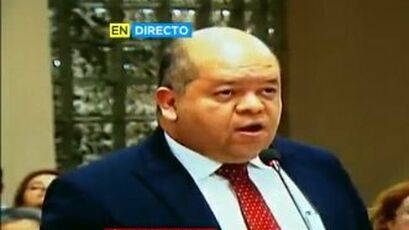 Ricardo Martinelli's former lawyer, Rosendo Rivera told the trial court on Wednesday that the ex-president had intervened his communications and when confronted, admitted that he had "punctured" him and apologized.

Rivera said he once saw a close associate of Martinelli taking copies of sensitive documents related to Juan Carlos Navarro. Rivera informed Navarro and his lawyer.

Rivera told the Court that the day after he had that communication with Navarro and his lawyer, he received a complaint from Salomón Shamah, a former Minister of Tourism and even the former president who called him to revoke the powers he had given him as a lawyer, and told him: "either you  are with me or you are against me.”

The only person interested in that information to harm Juan Carlos Navarro was Ricardo Martinelli and he showed it  in the following days, Rivera said.