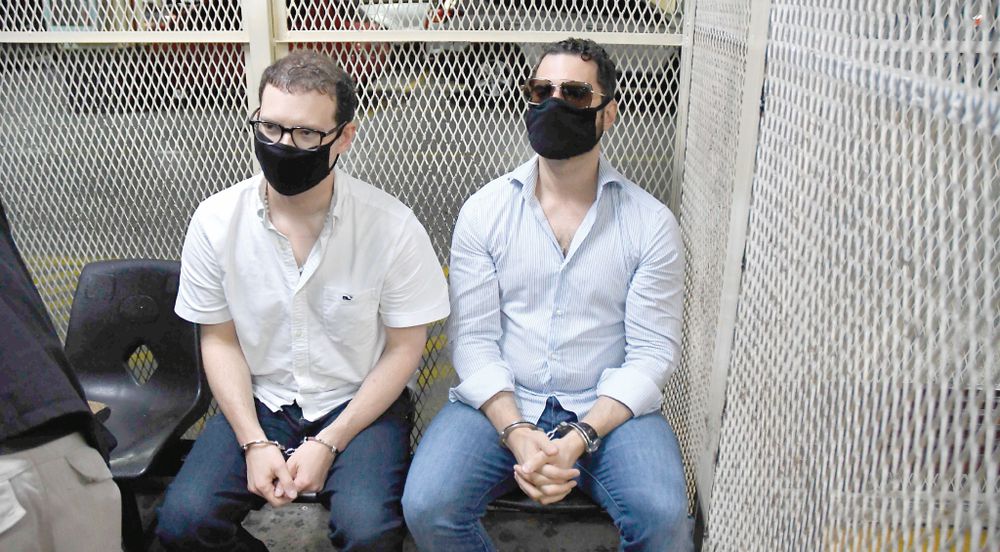 Two of the six   lawyers hired in Guatemala  to help   the sons of former president  Ricardo Martinelli fight extradition, to the United States  to face money laundering charges have resumes that include investigations into  their  own alleged  laundering activities.

Luis Eduardo Camacho , spokesman for the former president,  has   named the team that  will endeavor to prevent  Ricardo Alberto and Luis Enrique Martinelli Linares facing  US justice

Santos Galindo is a retired army  colonel who was arrested and accused of money laundering in May 2017 when they found him $50,862 in cash, when  his residence was raided as part of the investigation into the prison escape of notoriou killer Marixa Lemus , aka “ La Patrona”.

Months later, the Ninth Criminal Court closed the process in favor of the lawyer and released him.

Rosas Solares surrendered to justice after the October 25, 2018, the Office of the Prosecutor against Money Laundering coordinated a search of an office building and found  a safe with a suitcase containing $510,000 in $ 20 bills. The Sixth Criminal Court of First Instance decided to criminally prosecute Rosas Solares - then defender of Jonathan Chévez , alleged money launderer of  jailed   former Guatemala VP Roxana Baldetti. the status of the process is uncertain.

Family plane
The brothers were detained on July 6, when they were trying to leave the country on a “humanitarian” flight to Panama  on  a plane owned by their father.

The process for the extradition of the Martinelli Linares is on hold because their lawyers filed an Amparo in which they required time to request the credentials from Parlacen, as both were elected as alternate deputies of although they were fugitives living in the United States.

Do you only have a Martinelli problem ? I am a gringo my bank account are all locked in front of my house are military police my laywer's phone is blocked my car is stolen and the PRD is installing the new normal: The Noriega 2.0 Regime. La Prensa is no longer a free press just take a look the their offices. Masked army like police are blocking everybody from entering.