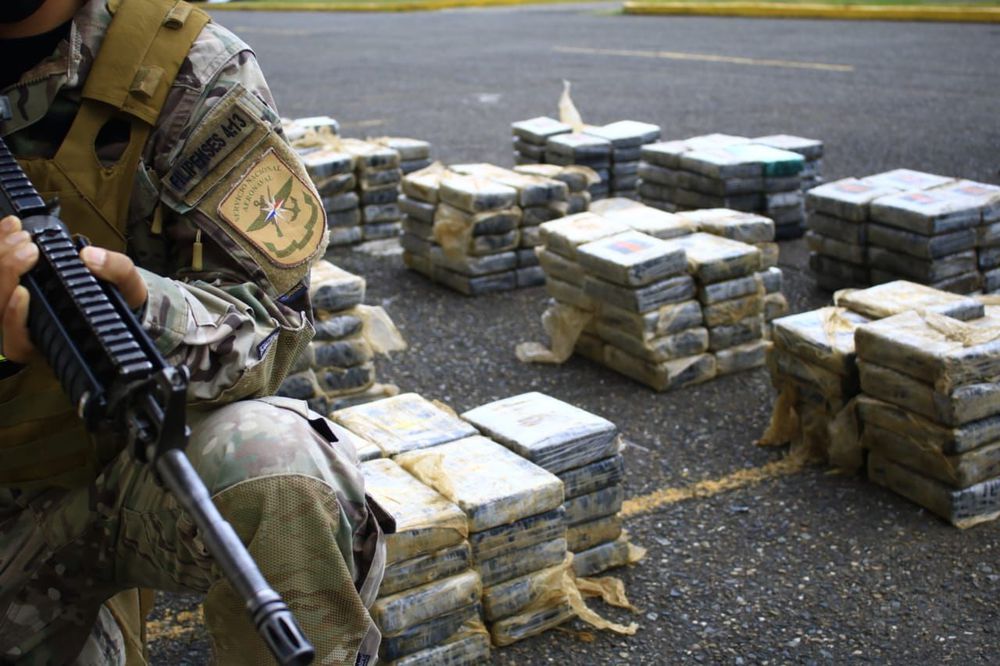 Three Colombian narco-traffickers were  arrested and 1,055 kilos of cocaine seized in a joint operation between the National Naval Air Service (Senan), and the United States Coast Guard on Wednesday, May 27.

The drugs were being transported in a boat about 30 nautical miles from Isla Grande, in the Colon province.

Figures from the Senan reveal that until April, 21.4 tons of drugs had been seized.