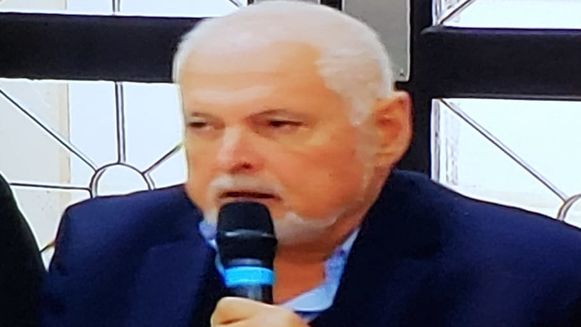 The Superior Court of Appeals ratified a decision of the judge of guarantees Justo Vargas, who a week ago denied a request for bail in favor of the former president.

"The presence of the accused is fundamental for this moment," said Judge Yiles Pitti, accompanied by her colleagues Ruth Aizpú and Diego Fernández, at a hearing on Monday, February 11. The decision was unanimous.

Earlier, the defense reiterated the offer of bail of half a million dollars , in order to achieve the release of the former president, provisionally detained since June 11 in El Renacer , as part of the process that is followed by the alleged commission of the crimes of inviolability of secrecy and of the right to privacy, and two forms of embezzlement. The Public Prosecutor's Office, the private prosecution and the coadjutant plaintiffs requested to reject the bail application and maintain the detention.

The Court said also stressed that if political campaigning is essential for Martinelli's candidacy, he should have considered that before applying for the positions of mayor of the district of Panama and deputy of the circuit 8-8. The court also said that he does not have "a legal medical basis" to conclude that Martinelli's health conditions are terminal

In addition to the bail of $500,000, the defense proposed the delivery of the passport and electronic monitoring -which would have to be a telephone, because in Panama there are no bracelets- as well as periodic notification before the judicial authority and the promise to stay away from victims, plaintiffs and witnesses. Alfredo Vallarino, attorney for Martinelli, recalled that the defendant will be under the surveillance of 12 agents of the Institutional Protection Service (SPI)

Future president ?
Earlier, Martinelli took the floor and told the Court that the day before "I asked for the extreme anointing and I want this process to continue if I die,”  but also claimed he would run for president ion 2024 and win."

Martinelli took the floor and told the Court that the day before "I asked for the extreme anointing and I want this process to continue if I die." The anointing is known among Catholics as The Last Sacrament. Martinelli and his lawyers have regularly used his health as a ploy to gain his release, although he has been cleared by a forensic medical team.

Martinelli insisted that his appearance to face justice was " voluntary ", despite the fact that the Supreme Court of had to request his extradition from to the United States, a process that ended on June 11, last year when federal deputies delivered him in handcuffs to Panamanian authorities.

He also argued that in the United States - where he was detained for almost a year - he was granted bail for $1 million, but omitted to  mention that this benefit was nullified in less than 24 hours by Marcia Cooke the same federal judge who granted it, in from the Southern District Court of Florida-.

Shortly after finishing the act, the Second Judicial Office of the First Judicial Circuit of Panama announced that next Wednesday, at 8:30 a.m., in the installations of the Accusatory Penal System (SPA) of Plaza Ágora, the distribution for the choice of the Oral Trial Court in charge of holding the trial hearing of Martinelli, scheduled for  March 12.

Escape routes are shrinking for Martinelli as on the same day it was announced that yet another appeal had been rejected by the Supreme Court, which he  stepped away from using his resignation from Parlacen as an excuse.