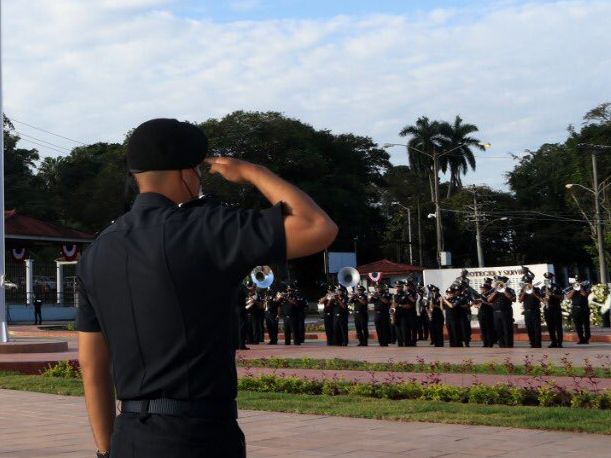 As the public security budget continues to increase, homicides in the country are also on the rise reports La Prensa.

Statistics from the Public Ministry indicate that 318 homicides had been committed up to last July, three more than those perpetrated in July 2020 (315).

81% of the crimes recorded this year were committed with firearms.

The Security Ministry (Minseg) will, use 96% of the funds for operational issues.

The draft general budget of the State, presented to the National Assembly, does not detail how much will correspond to each of these entities says La Prensa. but data from their payroll gives clues as to how that money is distributed.

But on the PN payroll, there is a long list of professionals who have a role in the institution: doctors, psychologists, cooks, nurses, social workers, office workers, engineers, lawyers, among others.

During the two years of Cortizo's government, there have been two security ministers, Rolando Mirones, who left the post in February 2020, and the current Juan Pino. Three directors have passed through the National Police: Jorge Miranda, Gabriel Medina, and the current John Dornheim.

Panama: Robberies and Police Twiddle Their Thumbs... Oh, weak security premises! Panama police get paid and those in higher ranks... please their superiors... servants. What is the solution? Obvious... how to really protect yourself, all you gringos! Here's what you need to know. FIRST... go to the police station before anything happens. Ask to see the Superintendent or the Commissioner. Someone will say... you have to write for a request or send a letter. What is the purpose of your request? Say... I want to know all the robbery criminals in my area and... where they live! Especially non-gringo robbery criminals and gangs and... murderers! Someone will say... There has not been any robberies in your area. You say... I want to know anyway. Sorry... we cannot release that type of information for... (Whatever reason). Get in touch with the government in charge and the news media. So... What is the purpose to gather information? No... no... no... that is not the purpose! Cops are confused? What is your purpose? One word... [ STRATEGY ], my friend. How to formulate a strategy... more security alarm systems? No... that's what the police say... never listen to the police. Listen... the secret - [STRATEGY]! Somehow gather the information from all the non-gringo robbers and... killers! (police will laugh and say its all under their control). Except they don't live in your targeted property and you don't know when they will strike! Strategy number... [ONE]. Gather the names of all the non-gringo robbers and killers in your area. Gather the names of all... in close-by proximities like near-by towns. Gather the names of all... their associations with gangs in specialized fields... auto thefts, assaults, etc. Make a priority lists of those who frequently do robberies and are released from police custody. - police will not admit to this! Find out where they are currently located. Find out if they work with other robbery criminals with possession of guns. Find out when you may be targeted next according to the robbery patterns. - Something the police will not tell you. Get your community to share in your... STRATEGY INFORMATION PREDICTIONS! - Require the police to send you online web pages to specialize in the search for specific criminals! Let the criminals know... 1. The community is well aware of their actions and the pattern of targets and are well identified. - provide credible information with letters sent to the criminals and gangs. 2. The police knows their locations and movements. 3. The community is prepared to use lethal force against the robber - murderers with handguns. 4. Have the police bring their police dogs to scour the areas of a list of targets for any indications a robber - murderer has been in the area... police have personal belonging of thieves scent. 5. Create some criminal traps in the woods or backyard for your property. 6. Criminals are relentless and vicious and will use every opportunity to seize your money and property... have a plan. 7. Use your cell phone or other surveillance devices to locate criminals in your area. 8. Use your cell phone videos to prove to the police criminals are ready to strike your property. 9. Use your information to identify the killer robbers to the police. 10. Write to the police commissioner and state the police are not doing their jobs to protect lives and property after displaying all evidence at their police head quarter... lazy so nothing police! Panama police work with the United States to apprehend the criminal drug gangs with... STING OPERATIONS! Panama communities can form a group to work with the United States to use the information for... STING OPERATIONS! Panama police authorities will continue to say they have it under control... do not believe them! Panama has a notorious sophisticated high government underground operation with hard to crack information for their own political self-enrichment purposes! Now... Panama knows! Panama knows what to do... form your strategy and fight criminal operations and the underlying underground operations of criminals from all walks of life... including murderers! Now... its not the time to go to the local nightclub and dance away with drugs, booze and women! Do something for the future of Panama!

You will be robbed eventually just accept that. It might be alone or in a group when an entire restaurant is robbed. The important thing is to submit and not resist. Here we have no means to defend ourselves only criminals and the government can carry a gun. Just submit, obey and don't make eye contact. With any luck your watch, wedding ring and wallet will be all that you lose. We have almost stopped eating out and basically just go out to buy groceries now. The quality of life here is at an all time low but with crime soaring and property values in the toilet we like so many others are stuck.

I agree with other posters that crime here is accelerating. We also have had things stolen. Recently we were shopping in Albrook mall when my wife pointed out that we were being shadowed by two black men. We intentionally tried to lose them but they kept shadowing us. We went to mall security and when they tried to approach the two blacks they fled through an exit. Police were called but in Panama nothing happen's to criminals. The security officer said that they were probably going to rob us when we inevitably went to the bathroom or would wait for us to leave and rob us at our car. Yes Panama is dangerous now and after 9 years we have had enough. We encourage people considering Panama to look elsewhere because there is no end in sight to the problems here caused by Covid lockdowns and the new extreme government in place. Be safe everyone.

We live in the city in a supposedly good area where we pay a premium. In the past 3 years our car windows have been smashed and things of no value stolen twice. My husband was robbed at knife point on Via Argentina while leaving a popular eatery at 9 pm. You are a target everywhere here not just in Bocas or the boonies. Just because you haven't been robbed doesn't mean you won't be. It seems logic is no longer taught in the school systems. There are many acts of violence and robbery that go unreported here because the police are useless and really don't care that "rich gringos" got robbed. Remember that the locals are robbing each other also.

If you choose to live in the outback or Bocas. What do you expect. You gringos will stick out like a sore thumb amongst the more impoverished. Of course you become a target. 25 years here in the city and neither we nor our neighbours have experienced any issues. Stupid to blame it on Covid …it was ever thus .

Well they broke into the moto repair shop here and stole quite a few things. Where I come from only criminals live behind bars and razor wire but here we must do the same. My neighbor has jagges glass bottles sticking up on his roof. Always pay attention to what the locals do to prepare,they know the local culture better than we can ever hope to.

The much anticipated covid poverty crime wave has hit. My gas tank outside my house was robbed last Saturday night. They cut the lock and carried off the large tank and wi the AC running I heard nothing. Cops said that property crime and armed robbery are on the rise. He noted some weak points on my doors and windows and I am having them reinforced Thursday. The female officer pointed out that many homes are being robbed through the crappy roofs these homes have. I'm considered a high value target as a gringo. Nothing you can do here but wait for the inevitable gun in your face at 3am.