June 1 move to normality with caveats as infections surge 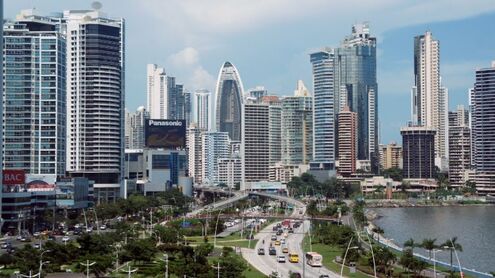 On Monday, June 1  Panama’s quarantine rules the toughest on the continent will be lifted and the country will take its first steps towards the “new normal” while with the continuing expansion of COVID infections some medical leaders fear it is too early and hospitals which have remained ahead of the curve could be overwhelmed.

On Saturday the Ministry of Health  reported  357 new cases, bringing the total since the outbreak to over 13,000 with 330 deaths

Sunday, May 31 will see the last day of total lockdown but a 10-hour curfew will remain from 7 pm to 5 am and sanitary fences will remain in five parts of the country.

On March 24, President  Laurentino Cortizo announced a total quarantine in the country, with new mobility rules based on the personal identity card or passport number in the case of foreigners.

Days later, the measures were more severe. Men and women go out on alternate days.

Now the mobility restrictions by sex and ID number are eliminated, and couples

Minister of Health Rosario Turner said that two fundamental objectives have been met.

" On the one hand, ensuring that the health system does not collapse, but also being able to maintain a lower case fatality rate than what has been seen in other latitudes. More than 6,000 people have been saved, " she said.

The Director of the Social Security Fund, Enrique Lau recommended that the population not go out if they have nothing important to. " Better stay home and if you must go out follow the recommendations of the health authority," he stressed.

The prohibition of visits  to beaches, rivers, recreational pools, as well as other social and festive activities in public places remains because the virus is still on the street and among us. The opening of the second block is carried out with the aim of gradually stimulating the economy so that Panamanians can return and have their jobs back.

The exit of the quarantine implies compliance with the use of masks, physical distancing  of two meters, avoiding crowds, frequently  washing hands with soap and water f and avoiding leaving the house unless very necessary

Transportation
The Transport Authority (ATTT), has defined the number of passengers that buses and the subway can carry

Taxis can circulate on alternate  days depending  on the  last number of the license plate.

Doctors from the Santo Tomás Hospital  have warned of the collapse of the public health system and call for the opening of the Modular Hospital.

Pedro, Not sure what you were trying to say about Trump but he has nothing to do with the protests. The lamestream media ( where captain and cisero get their news) is responsible for these riots. They are bought and paid for by the leftist organizations that want destruction of freedom. Wait till you see the "New normal tax rates" That will be a REAL eye opener for those lefties.

Sweden's numbers are comparable to all other nations but the economy is fine. Read the numbers Cortizo ( sorry you are the Captain with the help now of Cicero3) Your goal here in Panama is not to safe the people you want to install a proper Dictatorship. But look to the US and the " i can't breath demos" Trump is ready to go to the desert time is over for him people don't like old Nazi Regimes. You Cortizo are not able to see the Zeitgeist. Your time is definitely over too. How about flying to Moscow Putin has surely a place for you" Democrats". It's a little bit colder there but you don't have to fear your final judgement suddenly in the middle of the night and believe me history shows they'll get you.

"New Normal" what a term! I bet Stalin, Mao, Pol Pot and Chavez are all rolling in their graves and kicking themselves for not thinking up that one! Cortizo you sly Devil you.

Sweden's death rate is a whopping ten times higher than Denmark's, and the Swedish economy isn't much better. Such a deal!

Nito's popularity may be down, but he'll remain el presidente for the rest of his term. He can't run next time anyway.

The limit on alcohol purchases remains in effect, right?

Sweden same numbers done nothing no money from WHO Florida 3 weeks safer at home one of the countries with less deaths no money WHO. Panama Laboratory for the WHO massive private money for Cortizo from the WHO. Tests unsuccessfull by leading the cases and deaths in Central America. Trial for Cortizo later inevitable. Captain you are on of these Captains with a wood leg and one eye. Knowlege is power the reason you are powerless ( panamanian school?) eat spinach and avoid Popeye.

Sweden no 8 in global mortality. And moving up. Admit they could have done better. No country gets money from WHO. All 193 countries who are members contribute to its funding so how does anyone receive funds from them ? Suggest you read up more on the subject Current government has done well despite idiots like you criticising them for a difficult job under the circumstances. So Pedro get under your umbrella in the shade and sup your Corona.

Congrats for destroying Panama. We will held you responsible Cortizo. You will regret your decision to run for President. The votes only showed a very small victory doubts plastered your way as President. But: You will wish never bew born. Guaranteed. The people of Panama will pay you off. Read the bible Eye for Eye teeth for teeth.

Oh so you prefer he did nothing? Check out the mass graves in San Paulo m friend and put your politics back in the box. This is not a political but a health issue....so drop your carping about essential actions and stay with the programme.