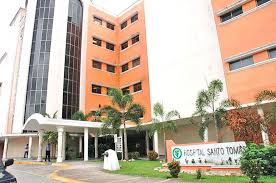 News
532Views 0Comments Posted 23/04/2019
Share
Judge Roberto Tejeira, presiding over the trial of   Ricardo Martinelli has granted a request for the ex-president to rest one of the five days of the week authorized for the hearings.

The oral trial is will resume on  Thursday.

On Monday, Martinelli presented the judge with an evaluation of  Dr. Gaspar Arenas of the Santo Tomás Hospital, in which he recommended, that the ex-president should rest one of the five days of the weekly hearings.

Martinelli has previously played numerous health cards including a false statement that he had cancer and has several times been given  a “stable” report by a forensic health team, and he has been accused of refusing to take prescribed blood-pressure medicines.

The Prosecutor against Organized Crime, Ricaurte González, said that it is necessary that the doctors of the Institute of Legal Medicine and Forensic Sciences (Imelcf) make an assessment of the evaluation of Dr. Arenas, "to be certain that this request is necessary"

"We do not take what Arenas says as false, but we think that for a legal technical issue, it should be legal doctors who endorse this situation," he said.

"Let's take a vacation day a week because this is really what it would be," he told reporters.

"We are being quite flexible and allowing him to continually have access to a doctor and also to have breaks whenever there is a pressure issue, which is sufficient and does not require an additional day," he said.

Martinelli’s latest ploy was widely regarded with skepticism.  A La Prensa columnist wrote: “  he requested "not to attend an audience one day a week", to avoid worsening all the pathologies and health problems that he alleges to suffer. What is pathological is his uncontrollable desire to tell us about diseases that would disappear magically and immediately -as happened yesterday- if they grant him his desire to go home.

On Tuesday, the trial of the former president was resumed for the alleged commission of crimes against the inviolability of secrecy and the right to privacy, and for embezzlement. Martinelli arrived at the court  escorted and handcuffed from El Renacer, where he has been provisionally detained since June 11, by order of the Supreme Court