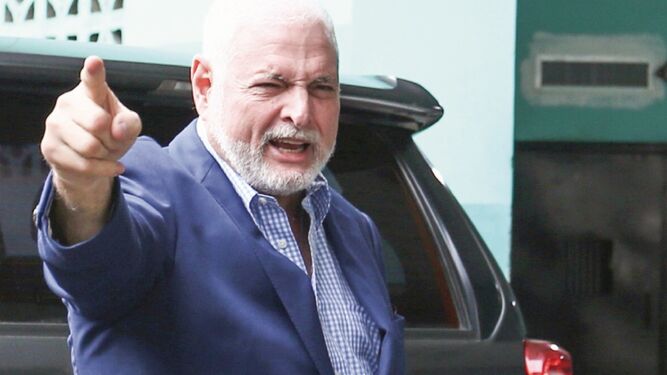 A storm of civil and criminal actions launched against  journalists, cartoonists and media managers by billionaire ex-president Ricardo Martinelli, has led the  National Journalism Council (CNP)  and the  Forum of Journalists for Freedom of Expression and Information  to ask the  Judicial Branch and the Public Ministry to remain "on alert" to what they consider a "growing practice of abusing the system of justice, as a tool of censorship, intimidation and persecution against journalists and the media. "

Journalistic unions in a statement released on Tuesday, September 3, 2019 - refer specifically to the "dangerous attack" of former President Ricardo Martinelli, who to date has filed about twenty civil and criminal lawsuits against journalism targets.

Corporación La Prensa alone has been the target filed eight legal actions: seven against La Prensa, for publications published in May 2019, and one against Mi Diario, for a cartoon by Hilde on April 17.

Martinelli's last lawsuit was against Sabrina Bacal, director of TVN News and president of the CNP, who was sued this week "for the simple fact of expressing her opinion."

"Given its charges and its functions, this attack against Bacal is interpreted as a rush against free journalism and as an attempt to generate self-censorship among those who practice it," says the statement.

It is not the first time that the CNP and the Forum refer to the threats and lawsuits filed by Martinelli, his family and legal team reports La Prensa.

On August 23, 2018, also, the unions already called on the Judicial Branch and the Public Ministry, after five journalists from La Prensa  were named in  a lawsuit filed by former first lady  Marta Linares Martinelli, in which he intends to "order the social media, written press, television, radio and social networks, and especially the newspaper  La Prensa , to cease and refrain from disseminating or publishing facts and situations of a private nature and family, and the name and surname in general of the family group, as part of a media campaign against the members of this Panamanian family. "

Martinelli de Linares’s lawsuit is “for family protection and family image,” for publishing journalistic notes that mention her children’s link to the Odebrecht case, which is being investigated by the Special Anti-Corruption Prosecutor’s Office.

"These practices constitute a violation of both the Constitution of the Republic of Panama and the American Convention on Human Rights that states that:  every individual has the right to freedom of opinion and expression; this right includes that of not being disturbed because of their opinions, to investigate and receive information and opinions, and to disseminate them, without limitation of borders, by any means of expression,” the media unions’ statement  adds.

George KLK... your comments are the very type that Sr. Martinelli is sueing others for.

funny how when the gov't is spying on The People, we are expected to accept that if we're guilty of nothing, we have nothing to hide. when The People and their Free Press look at the acts of politicians, it is suddenly an invasion of privacy, endangering families and damaging images. it is evidently very confusing to be so rich.

Panama | Former pres. R. Martinelli...Con Artist. R. Martinelli is a cold blooded, shrewd, calculating, greedy lying betrayer to his own country. Anyone associated with him could only see the goodness of those greenbacks he brought them. Martinelli is a cursed Judas of 30 silvers and hang himself for his atrocities.