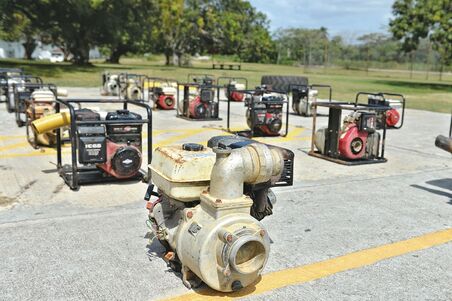 The Special Prosecutor's Office against Organized Crime is investigating Colombian criminal gangs operating on the border between Panama and Colombia,  and controlling illegal mining in multiple towns in Darién.

Metropolitan Prosecutor, Fátima Sánchez Marciaga, confirmed that that during a recent operation in the area, agents of  the National Border Service (Seafront) seized several mercury tanks introduced into the country illegally for the extraction of gold and, with  polluting effects, that  are great threat to the environment contaminating  rivers, forests the fauna and flora.

Sánchez Marciaga said that, although illegal mining is mainly exploited by criminal gangs from Colombia, some Panamanians have already begun to practice it and confirmed that a local group that operated on the Maria River in Chilibre was recently dismantled.

Reports from the institution show a rebound in activity since 2015 and identify as responsible, among others, the Usuga Clan, which took control of the binational border after the disarmament of the Revolutionary Armed Forces of Colombia  (FARC).

In a meeting of the Panama-Colombia Border Binational Commission, the authorities of both countries recognized the interference of these bands in the region and warned about the use of various strategies to obtain economic resources, including the illegal mining
organized-crime colombia
Share
Previous Post
One dead  25 injured in triple traffic incident
Next Post
Charges mount against disappearances suspect