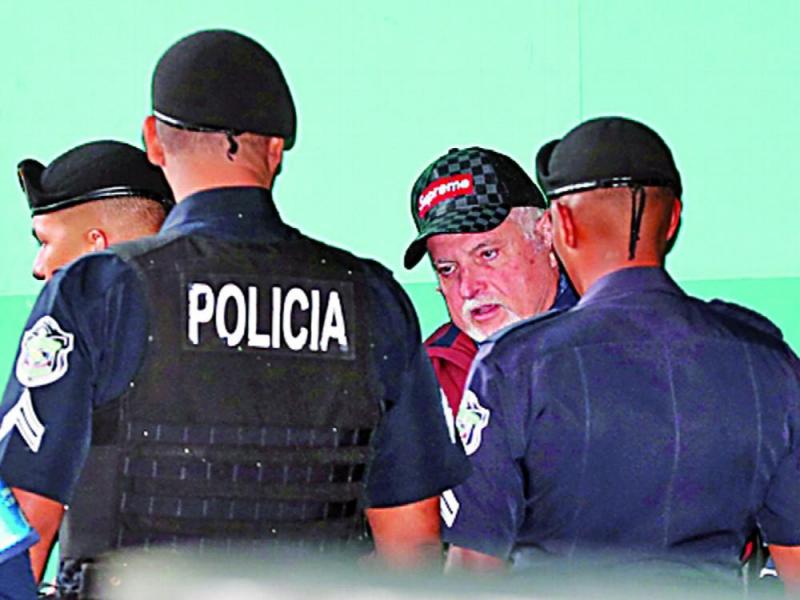 The protected witness in the wiretapping trial of   Ricardo Martinelli on Monday, June 10 identified the ex-president as the person to whom he delivered two compact discs, with information obtained from two computers, in the National Assembly.

He said that he went to the Presidency of the Republic and gave Martinelli the two compact discs with the information and that the ex-president reviewed them and kept both. Martinelli called the witness a liar.

Defense Carlos Carrillo,  said that these are facts outside the accusation since his client is investigated for events of 2012 -14.

During the session, Judge Roberto Tejeira asked the protected witness if the person to whom he gave the information was in the room and he pointed to Martinelli and said: “You know me, Mr Martinelli, you know me  you do.” Martinelli called the witness a liar and asked for more respect.

The response followed a detailed s  made by the protected witness in which he claimed that a Panameñista deputy helped them to enter the National Assembly to contaminate two computers of the Panameñista party with the Da Vinci system and as the computers had no key it was easy to perform the work.

As it was Friday, his boss Rony Rodríguez went to Santiago de Veraguas, as he did on weekends. The witness told the court that Rodriguez told him that Martinelli wanted the information that had been extracted in the Assembly and that he should look for it in building 150 of the National Security Council.

The witness said he was received by a person, named Sebastián, who took him to an office within the Presidency where former President Ricardo Martinelli was with a group of women.

When he saw him the president moved away, took the discs and inserted one into the computer and there he supposedly checked the files. He laughed and asked the protected witness if he knew what was there, to which he answered “no”. Then Martinelli took the other record and did the same. The witness said that he left and the president kept the two discs.

prosecutor González asked t if he misunderstood, that he greeted the former president. The witness confirmed that he did. The prosecutor asked him if the person he greeted was in the room, the witness answered “yes”. Then, while he was sitting, he turned around, and with the microphone pointed to Martinelli out and said: "Mr. Martinelli, you know me, of course, you do". This provoked  Martinelli to call angrily: "You are daring and you are a liar".The court president called for order in the courtroom.