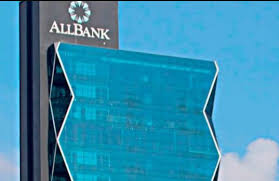 A great-grandson of the Spanish dictator Francisco Franco, Luis Alfonso de Borbón Martínez Bordiú, is one of the directors of the AllBank Corp bank, suspended  Monday, September 3, in Panama to safeguard its  clients,

The bank is  chaired by Venezuelan banker Victor Vargas Irausquin., who is also the father of Martínez Bordiú's wife, Maria Margarita Vargas Santaella.

The AllBank Corp, a Panamanian financial branch with headquarters in Curacao, is one of the many companies that make up the BOD group, owned by the father-in-law of the Spanish aristocrat, Duke of Anjou reports the EFE news agency.

The Superintendency of Banks of Panama (SBP) intervened on Monday the operations of AllBank Corp in order to protect and safeguard the interests of the depositors of the bank, according to the Panamanian regulator.

The Panamanian financial authorities explained that the shareholder group "did not attend in due time and opportunity" to the requirements of the corrective actions that the SBP instructed to "diversify the high degree of exposure of its liquid assets and custody services of its investments in values ​​placed in related parts. "

In addition, it recalled that one of the banks owned by the main shareholder of AllBank in the jurisdiction of Curaçao (Banco del Orinoco, NV), where a quarter of its liquid assets is placed and provides custody services for a third of the investments in values ​​its productive assets, was intervened on September 5 by the Centrale Bank van Curacao in Sint Maarten (CBCS).

According to its own corporate information, the BOD Financial Group is made up of: BOD Banco Universal (Venezuela), Allbank Corp (Panama), BOI Bank Corporation (Antigua and Barbados), Banco del Orinoco NV (Curacao) and Bancamérica (Dominican Republic).

The BOD group responded on Monday to the decision of the Panamanian financial authorities with a statement saying  that "on September 3 of the current year the BOD Financial Group decided to liquidate the Banco del Orinoco NV, as part of a strategic decision before the impossibility of operating on a regular basis in the jurisdiction of Curacao ".

"Subsequently, the Central Bank of Curaçao requested an emergency measure in order to control the liquidation process, contrary to the legitimate decision of the shareholders of said Bank."

"Mainly considering the actions of the Central Bank of Curaçao, the Superintendency of Banks of Panama in the exercise of its powers, has decided to participate actively in the review of the assets that AllBank Corp maintains in the Bank of Orinoco NV, through a process of administration for a period of 30 days, which implies the temporary cessation of the bank's operations ", according to the financial group