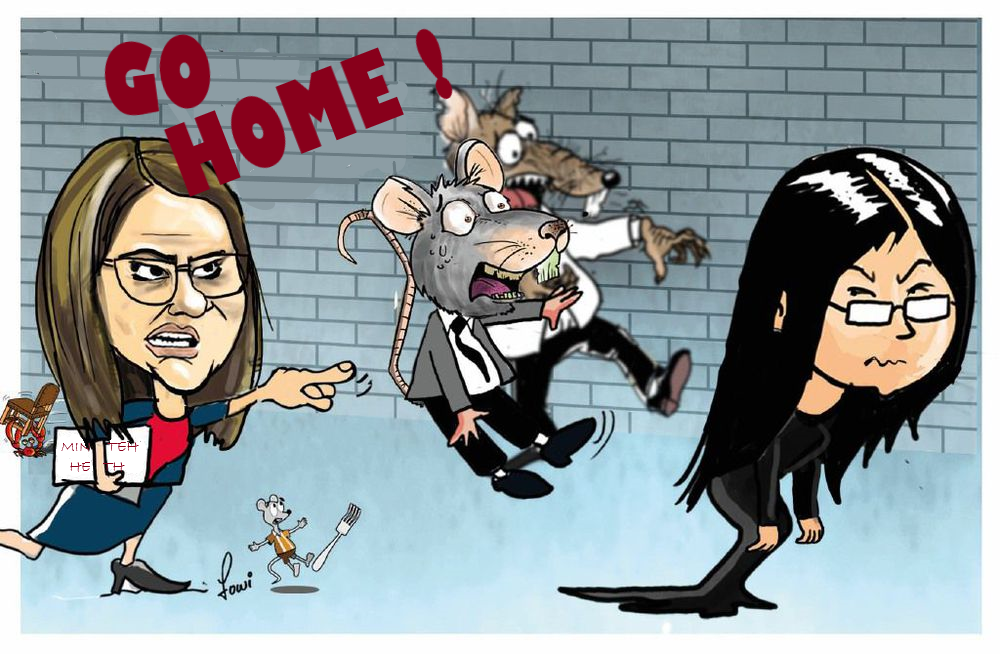 "Nobody is going to tell me not to come, to go into quarantine because what they don't want is for us to talk ... that's what they want, for us to shut our mouths," said deputy Zulay Rodríguez. In the National Assembly on Tuesday, March 17.

Rodriguez, renowned for her outbursts was reacting to the recommendations by  Health Minister Rosario Turner that she stay at home, despite the negative test of COVID-19.

During a visizt to , the National Assembly, Rodríguez reported that she and her driver underwent the COVID-19 test and that they were negative.

But the mother of her driver works at the Colegio Monsignor Francisco Beckmann, where the first death from the virus was recorded, and several teachers are critically ill.  tested positive for the virus.

The Minister warned the deputy that the results of the test should not be trusted when it is carried out before the person shows symptoms.

" If the driver was negative, but has contact with someone who was positive, he has to be at his house for 14 days. We need his name to do the epidemiological screening," Turner said.

" Even if you have come out negative, you should preferably stay at home. Right now you may be negative, but we do not know when you can present symptoms, she told the deputy.

Turner also drew the attention of several deputies who traveled to China, Spain and Korea, and did not submit to the  14-day quarantine which she called irresponsible.